Belizean shoppers impact the economy of the Mexican shore communities 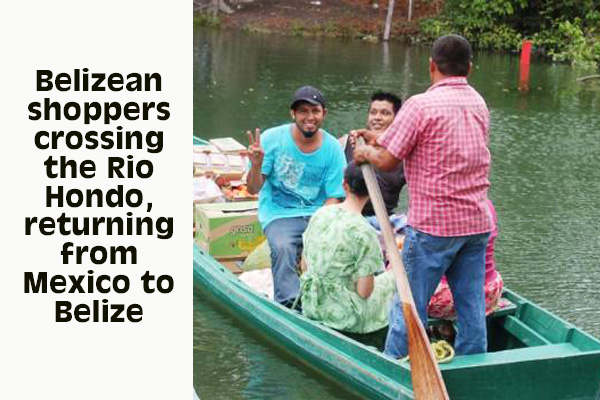 It has been reported that Belizeans who travel to the shops and businesses in the villages on the Mexican side of the Rio Hondo River, bordering Belize, to make purchases and conduct transactions, account for over 70% of these stores’ sales revenue, despite the approval of a 16% Value Added Tax on the goods.

According to El Diario De Chetumal, 70% of the profits of the stores come from Belizean shoppers who cross the river from Mennonite communities to La Union, which is only about 20 meters away in some cases, because the Mexican goods are cheaper, and accessible.

However in the interior, there has been a decline in business activity. Forty percent of the 500 businesses that were operating in the area have folded.

In an interview with Diario De Chetumal, Israel Oliver Castillo, Secretary of the National Chamber of Commerce, said that the 16% VAT caused a crisis for the stores in the interior, while those in the La Union area that are facing the border remain strong and profitable due to the regular and consistent business activity generated by Belizean shoppers.