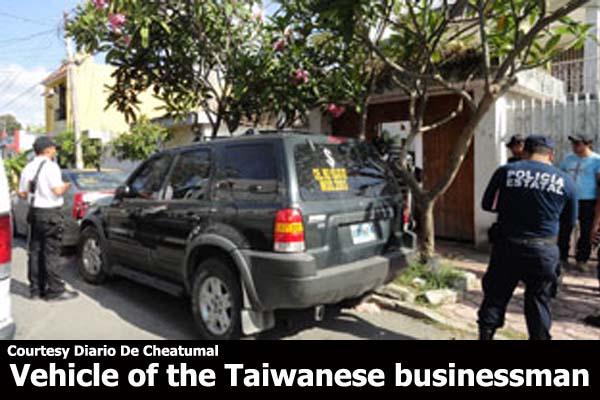 Naturalized Belizean —Taiwanese national Ming Teng Chang, 57, who lives in Chetumal, is injured but alive after two kidnappers posing as prospective customers beat his head with pistol butts and tried to kidnap him by forcing him into a vehicle at about 2:30 p.m. Sunday afternoon.

Chang’s screams in the Madero and Jose Maria Morelos area of Chetumal, however, drew the neighbors to the scene, and the kidnappers ran away. Chang was then rushed to the hospital, where doctors treated him for the injuries he suffered.

According to Diario De Chetumal, Teng Chang was at home that Sunday evening when two men came to his house and knocked on his door and began to enquire about the vehicles he was selling. He reportedly opened his door and came out of his house to show them the vehicles, and that was when the men grabbed him by each arm, and one of the men began to beat him in the head with a pistol butt, and then they tried to put him into their vehicle, but Chang resisted and screamed. The men then threatened to kill him, then drove away from the area.

The police and other officials who saw Chang described him as being dazed. An ambulance then came for him and he was taken to the Chetumal General Hospital.

Mexican police say that less than six months ago, Chang’s house was broken into and a security safe containing over a million pesos was stolen. So far, no one has been arrested

Chang was selling a pickup truck and a Ford Escape SUV, according to police.