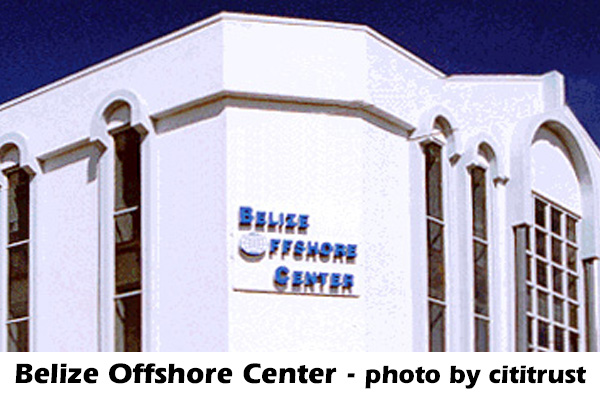 The Caribbean Financial Action Task Force (CFATF) recently issued a cautionary note against Belize, saying that, “Members are therefore called upon to consider implementing counter measures to protect their financial systems from the ongoing money laundering and terrorist financing risks emanating from Belize.”

On November 20, 2013, the CFATF went on to list Belize among three jurisdictions which it said have not made sufficient progress in addressing the deficiencies to protect their financial systems from the ongoing money laundering and terrorist financing risks.

It said that Belize has made efforts to address its deficiencies; however, it has not taken sufficient steps towards improving its AML/CFT compliance regime, by failing to approve and implement required legislative reforms.

However, Belize has recently passed a raft of legislation, based on recommendations by the CFATF, in trying to beat the November 2013 deadline. At the same time, Belize is also facing a ban on fisheries imports to the EU from high seas vessels registered in Belize, on the claim that the country has not met stipulations by the EU for safeguarding against Illegal, Unreported and Unregulated (IUU) fishing.

Asked if he sees the two recent threats against Belize to be part of an international conspiracy, Barrow said while he would not say so, in regard to the EU sanction, he does think Belize’s offshore sector is being unfairly targeted.

“There is an international movement driven by the big countries, driven particularly by the United States, to come down on small countries such as Belize that have offshore financial sectors, and I absolutely think that to be unfair. For a long time we’ve been hearing about diversification, all sorts of preferences have been eroded.

“We tried to diversify by way of the offshore financial services sector, and then this is what we are met with, but so far, less sympathy by way of what’s going on with the CFATF and the FATF than the EU position, but I stress again – because, as you know, everything is transmitted instantaneously, that while I complain and while I am upset, we have to comply. They have the power; there is no choice. I can think that some of what they ask us to do is unfair; I can lament that fact that practitioners here that are making a living in the sector will be affected, but ultimately, because they can force the collapse of our whole commercial banking system, there is no hope for [us not] to comply and we will comply,” Barrow said.

In November 2011, the CFATF brought to the attention of its members certain jurisdictions, including Belize, which it said demonstrated “significant strategic deficiencies.”

In May 2013, CFATF issued a public statement, recommending that Belize take steps to ensure that it addressed its deficiencies.

It has recommended further action including the operational independence of the Financial Intelligence Unit (FIU) and prohibiting dealings with shell banks.

Speaking with the media Wednesday, Barrow said that the threat by the CFATF is more serious than the EU ban on Belize’s fisheries imports.

He said that Belize had passed a raft of legislative measures in order to try and meet compliance.

“The big countries are hypocrites. They don’t practice what they preach. They tell you what you have to do. They talk about harmful tax competition; they talk about this, they talk about that. They talk about knockoff counterfeit goods: What is the name of the place in New York? Canal Street? Chinatown? The point is that in passing the legislation that we did, we have to try to steer a careful course. We recognize that these big countries and that their proxies – their agencies are all powerful and can collapse your system, so we complain; we can denounce them, but the fact is that ultimately, we have to recognize where the power lies,” Barrow said.

He said that the Government has said to locals in the sector that they will try as best as they can to protect them as much as is possible, but in the end, it’s necessary to recognize that the jig will soon be up.

“These people won’t stop until they kill off our offshore sector. Bottom line: we have, I believe, another six months thereabouts. They’ve made the statement against us, but they’ve not blacklisted us. The draftsperson who operates as legal counsel to the Ministry of Finance has been given a job to go back over the list of demands of these people and has been given a mandate to produce the additional legislation that we need and to do the additional things that we need by February,” Barrow detailed.

“We want to be sure that we are in full or at least very substantial compliance by February, and we will work towards that,” Barrow said.

“They are chancing Belize,” Barrow said, lamenting again, though, that “…at the end of the day, Belize has no choice [but] to comply.”