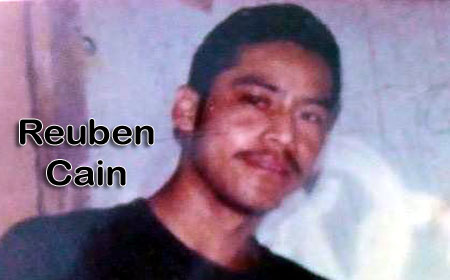 LOUISIANA, Orange Walk Town, Thurs. Oct. 6, 2016–The Cain family in Louisiana, Orange Walk Town, is mourning the death of their eldest son, Ruben, 41, who died after he was stabbed by his younger brother, who is now in police custody.

The incident occurred at about 3:45 p.m. yesterday afternoon in the family’s yard in Louisiana.

Witnesses said that Ruben and his sibling became involved in an argument which escalated, and Ruben was stabbed in the chest.

Police said that when they arrived at the scene, they saw a man lying on the ground with a stab wound in his chest, but he was still breathing. He was rushed to the Northern Regional Hospital, but he was declared dead on arrival.

Police said that the deceased’s brother was arrested near the family residence, and that he did not resist arrest.

Assistant Superintendent Jose Mendez told us that the brother will be charged for the offense tomorrow.

Those who knew him said that Ruben Cain was friendly and easy to get along with, and that he was humble, and that is why it was so devastating to hear that he had been killed.