BSCFA re-registered; directors up in arms 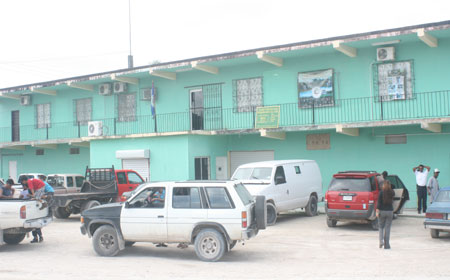 ORANGE WALK, Mon. Feb. 9, 2015–Tensions are brewing once again within the Belize Sugar Cane Farmers Association (BSCFA) after it was revealed that the 55-year-old association had recently been re-registered at the Belize Companies Registry as a “private company limited by guarantee”, reportedly without the knowledge of its Committee of Management (CoM).

The apparently secretive move was reportedly carried out two weeks ago on Tuesday, January 27 – one day after the delayed 2014/2015 sugarcane crop season was declared open following the signing of a hotly-debated new commercial purchasing agreement between the sugar millers, Belize Sugar Industries (BSI)/American Sugar Refineries (ASR), and the three cane farmers associations, two of which were recently incorporated into the sugar industry.

Although information regarding the new development has so far been sketchy, Amandala understands that the change was initiated by five members of the BSCFA, and may have been led by individuals from the same faction that had previously opposed the signing of the present agreement, citing what they termed as partiality in its terms.

BSCFA CoM chairman, Ezequiel Cansino, told Amandala today that he was taken by surprise last Friday, February 6, when he found out about what had happened, and has since called a meeting with the association’s 18 directors, to be held tomorrow, Tuesday, to discuss the pressing matter.

Cansino, who has indicated that his legal advisors have advised him that there was no need to re-register the BSCFA as a “profitable organization”, mentioned that he is still trying to understand the rationale behind the move.

The chairman said that he became aware of the situation when one of the directors – who claimed that he (the director) was duped into signing the document which corroborated the re-registration – decided to blow the proverbial whistle when he realized what had been done.

Cansino emphasized that the BSCFA is legally registered as an association, and that while he is not able to pinpoint who exactly orchestrated the amendments at this point in time and why they did it, he will have a clearer idea after tomorrow’s meeting.

In the meantime, speculations are that the move was probably made following advice that the association needed to be registered anew after the changes to the Sugar Industry Act by the Government of Belize last month.

We are told that the premise for the re-registration is that the changes to the Sugar Industry Act effectively eliminated the BSCFA as a legal entity, therefore requiring that the association be registered just as the other two new associations had done.