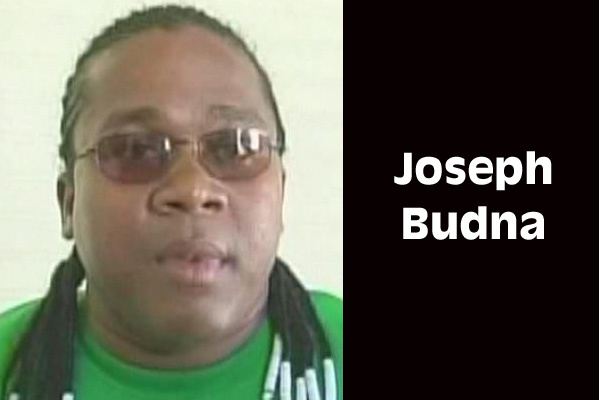 If found guilty of abduction/kidnapping, he could spend 38 years in Guat prison

Amandala has confirmed through the Belize Embassy in Guatemala City that Joseph Budna, 33, is still being held in prison in Guatemala, where he is facing trial on multiple kidnapping/abduction charges. One source tells us that Budna is being held in maximum security at Zacapa, located south of Belize, near Guatemala’s border with Honduras, and he is due to appear tomorrow in the Supreme Court, where his attorney, Jorge Valladarez, will present Budna’s defense.

We understand that Budna’s counter-argument to the charge of kidnapping for which he is on trial is that the complainant, Luis Byron Reyes Onofre, a US citizen, 19, colluded with (him) Budna and three other associates in a scheme to solicit a million quetzals from Reyes’ father, Luis August Reyes Salazar.

Budna is reportedly claiming that Reyes pretended to be kidnapped so that they could get the funds from his dad, but Reyes changed his story afterwards to say that he had been abducted and taken over to Honduras, where Reyes claimed he was held on a farm.

Money was reportedly sent via Western Union to Honduras, where Reyes was later released to his father’s custody after a second sum of money was allegedly paid to two men.

Despite being charged last September, Budna has denied the allegations of kidnapping and extortion.

A Belize official told us that he has heard the claim Budna hopes to use as his defence tomorrow, that Reyes planned the whole thing with Budna and his associates; however, we are informed that whether Budna is found guilty or not after tomorrow’s hearing, he still has at least two other kidnapping charges to which he has to answer in Chiquimula, south of Zacapa.

We understand that a verdict on the Reyes case could be handed down as early as tomorrow evening, and if Budna is found guilty, he could face up to 38 years in jail in Guatemala.

Last September, Policia Nacional Civil (PNC) reported that Guatemalan authorities had arrested Budna after an exchange of gunfire, following investigations which they alleged had revealed him as the mastermind behind a regional kidnapping and extortion ring operating in Mexico, Belize, Guatemala, and Honduras.

Three warrants had been served for him in relation to various offenses, apart from charges of arms trafficking and extortion, Guatemalan authorities said.