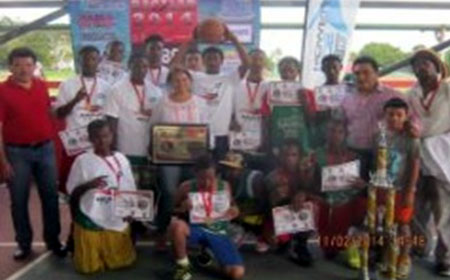 BELIZE CITY–The Belize Bank Bulldogs 17 & Under and 13 & Under basketball teams travelled to Bacalar, Quintana Roo, Mexico from Thursday to Sunday, October 30 – November 2, to play in the Copa Bacalar 2014. Both teams represented well. The 13 & Under played 5 games, winning 4 and losing 1. They finished the tournament placing 2nd. The 17 & Under came in the tournament as the defending champs from last year. They also played a total of 5 games, and won all 5 games by a margin of 12+ points. They lost no games, as they defended their title and became back-to-back champions.

Thanks to the sponsor, the Belize Bank, and the coaching staff and, most of all, the student athletes who worked hard and had fun playing the game of basketball. Hard work pays off, and our success molds young, intelligent, minds into champions in the classroom and on the basketball court!