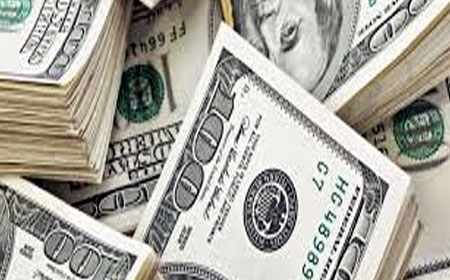 BELIZE CITY, Thurs. Nov. 3, 2016–Earlier this week, the Belize Chamber of Commerce and Industry (BCCI) launched a poll to canvass its membership on whether they have been experiencing problems sourcing foreign exchange. The poll was triggered by several concerns expressed by members who said that they had been affected by limited or no access to foreign exchange, and in particular, to US currency. The wider membership has since been asked to submit responses by this Friday, November 4, stating whether they have been affected and if so, to specify the currency they have had problems accessing.

Amandala understands that companies who are in both the merchandising trade and services sectors are being polled at this time.

One source told us that some banks have indicated that they are unable to supply US dollars, and others that do have such currency available, have issues with processing transactions because they do not have the required correspondent banking relations to execute the transactions.

A major local importer/distributor has indicated that it too has had trouble accessing foreign currency. The problem, we are told, has been persisting for the past three weeks or so—which happens to coincide with the Government paying US$67.3 million to the former owners of Belize Telemedia Limited (BTL), two entities linked to British billionaire Michael Ashcroft: Dunkeld International Investments Limited and BTL Employees Trust, to settle compensation for the 2009 nationalization of the company, following an order from the Caribbean Court of Justice.

“I’ve noticed at least for the past three weeks that things have been particularly tight,” one importer told us.

We asked: “When was the last time that this problem has occurred?”

“It’s been a few years…” the distributor replied.

We were informed that one importer requiring a large sum of US dollars has been getting what amounts to about 10% of that importer’s request.

Most banks have had clients in a queue; and even when the funds are issued, they may not get the full amount requested, but “all of them have been doing what they can,” we were told.
Some businesses are reportedly on extended hold, with the assurance that when the US dollars they need becomes available, it will be provided to them.

Back in July, the Government resisted paying the funds to the former shareholders of Telemedia in US dollars, citing a letter from then Central Bank Governor Glenford Ysaguirre, warning that removing such a large volume of US dollars from the system would exacerbate the country’s foreign exchange vulnerabilities. The warning against Belize’s foreign currency position deteriorating to “uncomfortable levels” was also recently issued by the International Monetary Fund (IMF).

Ysaguirre’s letter to Financial Secretary Joseph Waight said that the payout “…would be destructive for the economy of Belize.” Before his departure last month, he told Amandala that following Hurricane Earl in early August, Belize’s foreign exchange position had actually gotten worse.

On Friday, October 21, one week after the Government made the payout to the Ashcroft companies, Ysaguirre’s successor indicated to us that when she had last checked, Belize’s foreign exchange position stood at US$315 million, which represents roughly 3 months of imports.

Given the concerns being raised by the private sector, we tried contacting the Central Bank today for an update. We were advised that Governor Grant is currently not in the country, but we were able to speak with one of her deputies, Christine Vellos.

The Deputy Governor is aware of the poll being taken by the Chamber. She said that the Central Bank will also do a survey of the banks to assess the most significant requests for foreign currency which have not yet been satisfied. This would enable them to help guide bank-to-bank transfers that can be done to help to rebalance foreign exchange holdings in domestic banks to “alleviate any stress in the system,” she told us.