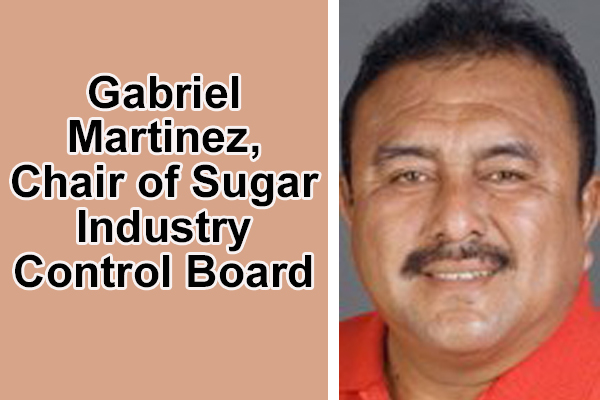 The board of directors of the Belize Sugar Cane Farmers Association (BSCFA) met today and decided that they would write ex-minister Gabriel Martinez – the chairman of the Sugar Industry Control Board — and Agriculture Minister Gaspar Vega, requesting to meet with the officials on Friday to seek Government’s intervention in an ongoing stalemate between cane farmers and Belize Sugar Industries (BSI) over the sharing of revenues derived from bagasse through power generation.

Alfredo Ortega, BSCFA vice president, told Amandala today that the last agreement between cane farmers and BSI ended in December 2012, and they refuse to sign a new agreement for the 2013-2014 crop year, due to start in less than a week, if it will again exclude them from revenues earned from power generation using bagasse – a by-product from milling sugar cane.

Cane farmers boycotted a meeting with BSI yesterday, saying that the company has refused to stick to the agenda proposed – that agenda being the resolution of the bagasse revenue-sharing conflict.

In a statement issued today, BSI said that it had requested and it had been agreed that a meeting to move forward with the negotiations would be held on the 19th of November 2013 (yesterday). The meeting had been scheduled for 2:00 p.m. at the Radisson Fort George Hotel in Belize City.

According to BSI, three corporate executives from ASR Group adjusted their schedules and flew into Belize specifically for the meeting.

“It was a national holiday, but representatives from BSI also made plans to attend. They all (BSI and ASR representatives), together with a representative of the Ministry of Agriculture, went to the Radisson from before 2:00 p.m. and waited until well past 4:00 p.m., but the BSCFA representatives neither showed nor called,” the company added.

BSI said that no one’s interest (including that of the country, the farmers, or BSI) would be served by unnecessarily delaying the new crop year, due to commence next Monday.

“This is most unfortunate for Belize, the cane farmers and BSI, as an opportunity was squandered to find a way forward on this issue of national importance,” BSI said in its statement today.

“At this time, the mill stands ready to start the crop on the 25th of November 2013, though it is appreciated that there are difficulties with roads and fields caused by the excessive rain and this start date may need to be delayed,” it added.

Last week, the media reported on an announcement by the Belize Sugar Cane Farmers Association that it would not attend the meeting if the agenda would not focus on addressing the revenue-sharing of bagasse with cane farmers, as a part of the impending agreement. The BSCFA wrote BSI a letter to indicate its position.

Ortega said today that cane farmers didn’t go to the meeting “because BSI did not stick to the agenda proposed.” Once the bagasse issue is resolved, they said, they can address the other matters proposed.

For its part, BSI claims that, “Substantial progress has been made in the negotiations and an amended Agreement is close to conclusion with the exception of the issue concerning BSCFA’s request for an additional payment for bagasse.”

However, Ortega told Amandala that members of their association have collectively agreed that they will not deliver cane unless the bagasse issue is sorted out.

When the board of directors of the association met today, they decided they would seek government’s intervention in getting the bagasse issue resolved.

They are insisting that any new agreement must include revenue-sharing from bagasse cogeneration proceeds.