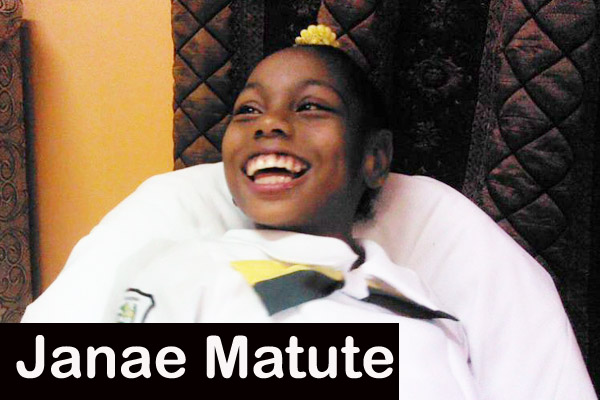 The Caribbean Court of Justice (CCJ) has reserved judgment in the case of Georgia Matute and her daughter Janae against Dr. Raju Meenavalli, who has appealed to the CCJ to overturn a $2.13 million lawsuit awarded to the Matute’s in a decade-old medical malpractice lawsuit.

The CCJ heard from attorneys from both sides on Wednesday, February 12. Senior Counsel Godfrey Smith told the court that if Dr. Raju’s appeal to the CCJ—the country’s final appellate court—is not successful, the costs should be borne by the state, since the doctor provided services to Georgia Matute as an agent of the state,

During the course of the CCJ appeal, Smith tried to persuade the court that it had not been established that his client was truly responsible for harming Janae, who allegedly developed cerebral palsy as a consequence of complications she experienced at birth.

Georgia Matute delivered Janae 13 years ago, on December 20. It is alleged that the doctor miscalculated Matute’s due date and delivered the child too prematurely via C-section without the customary steroid treatment needed to prepare her lung for early delivery.

Recounting evidence presented in the lower courts, Senior Counsel Fred Lumor, attorney for the Matute’s, told the panel of CCJ judges that when Janae was born, she immediately experienced asphyxia. He said that Janae developed septicemia after the manipulation done to her body while she was struggling to breathe. The end result of that infection was cerebral palsy – a condition said to be marked by impaired muscle coordination (spastic paralysis) and/or other disabilities, typically caused by damage to the brain before or at birth. Today, Janae has to use a wheelchair and her mother has quit her job to take care of her.

Lumor told the CCJ that there is also evidence to show that there was an attempt to resuscitate the baby before the pediatrician arrived.

Lumor also said that Georgia Matute’s prenatal chart could not be produced because of poor record-keeping at Western Regional Hospital.

The central question that the CCJ has to determine is whether Dr. Raju is indeed liable, as the lower courts have found.

Smith said that a “fundamental stepping stone was missed” during the proceedings, because there was no evidence that his client caused the child’s condition.

He said that this is a “very important precedent-setting case on medical negligence from Belize.”

It was revealed during the course of the proceedings that a pediatrician was not present at the child’s birth, and one was not called until 5 to 7 minutes later, after Janae went into respiratory distress.

However, Smith said that this failure does not necessarily mean that his client was guilty of malpractice.

The CCJ told Smith that he has “to move a mountain to dislodge” the “finding of fact” already made by the Court of Appeal below.