Home General Cecil Gill hands himself in to police
General

Cecil Gill hands himself in to police 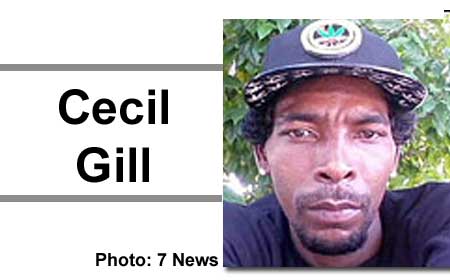 BELIZE CITY, Thurs. July 20, 2017–Cecil Walton Gill, 36, a computer technician of Boots Crescent, Belize City, has been arrested and charged, pending arraignment at the Belize City Magistrate’s Court tomorrow, for the murder of his friend and neighbor, Phillip Michael Samuels, which occurred on Monday night.

After being on the run from police since stabbing Samuels on Monday night, Gill went to the Racoon Street Police Station at about 12:30 this morning and surrendered himself to police.

The allegation is that Gill punched her and Samuels intervened.

Samuels and Gill then became involved in an argument which led to a fight, and Samuels was stabbed in the left side of the chest.

Gill then ran away.

Police said that the weapon used was a knife with an 11-inch blade, which has been recovered.

Police said that they have handed over the file containing details of the case to the Director of Public Prosecutions for her perusal and directives, but Sr. Superintendent Marco Vidal, Commander of Belize City Southside police, said that the witnesses to the incident all live in the apartment building in which the incident occurred and knew the two men, and that police are confident they will secure a murder conviction in the case.