Celebrating and respecting our Belizean athletes 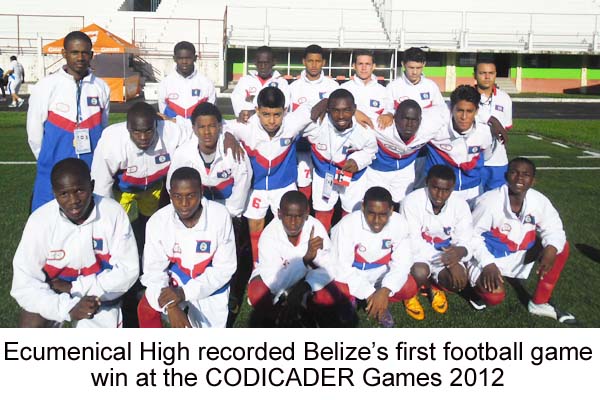 National Coach Matthew Smiling sent us some pictures of our Belizean 3×3 U-18 Basketball National Team that “turned heads” at the 3×3 U-18 World Championships this past weekend, October 28-30, in Alcobensdas, Spain.

Belize’s 3×3 squad (Brandon Flowers, Tree-vanne Moses, Akeem Watters and Brian White) ranked 4th in their group with a 4 wins 3 losses record. Belize opened with a 20-9 loss to New Zealand. We then defeated Poland, 21-14, and China, 15-14, before losing to Canada, 18-14, on Friday, October 28. On Saturday, Belize beat Netherlands, 14-9; lost to France, 16-8; and finished with an 18-15 win over Slovakia. It was a stellar achievement for the Belize team, who, as can be seen from the accompanying pictures, were often grossly overmatched in size by their opponents.

Someday, our footballers will also swell our Belizean chests with pride in the international arena. We have already made that first small step – a victory in the qualifying round of competition in CONCACAF, World Cup Qualifiers, and recently at the CODICADER Games.

In athletics, at the last Olympic Games in London, Kaina Martinez and Kenneth Underwood both broke the first round qualifying barrier by moving ahead in their respective heats, a first at this level for Belizean athletes.

The “sleeping giant” of Belizean sports achievement is slowly rising to our potential.

Our sports desk takes pleasure in showcasing some of our athletic achievers.