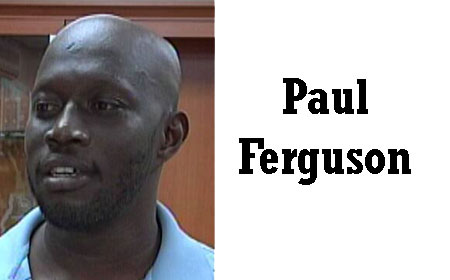 BELIZE CITY, Mon. Oct. 31, 2016–Paul “Chicken Dread” Ferguson, a known operative of the People’s United Party (PUP), is claiming that he stared down the barrel of a 9mm pistol held by a high-ranking operative of the United Democratic Party (UDP).

According to Ferguson, sometime between 2:30 and 3:00 a.m., he was near the Sit and Sip night club on Marine Parade Boulevard selling fried chicken when the UDP operative exited the club.

Ferguson reported that he greeted the UDP official and went over to talk to him.

Ferguson then claims that the man then went to his vehicle with a friend and reportedly withdrew a firearm.

He thereafter asked Ferguson for a plate of fried chicken and Ferguson told him that the food was finished.

According to Ferguson, the man then got very upset, even more so after Ferguson added that the UDP was also finished.

Ferguson alleged that the UDP official then pulled out his firearm and cocked it in the air when an onlooker bawled out, “no!”

“I feared for my life. I thought he was going to shoot me,” added Ferguson.

He claims that the northside police strike team saw the entire incident unfold and did nothing.

The UDP operative then entered his vehicle and vacated the area when Ferguson got into a squabble with officers.

He was detained for almost four hours, but released without any charges.

Ferguson said that at about 7 a.m. on Sunday, he made a formal police report against the UDP official and is at this time hoping that police will lay charges against him.