Churches take over the city! 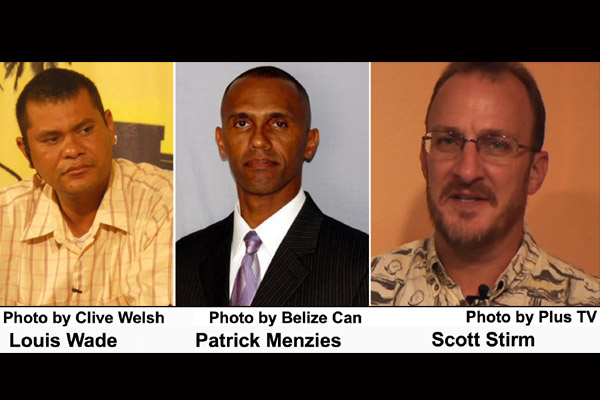 This morning, a militant group of Christian activists are leading a march on the old capital, Belize City – the fourth in a series of “Constitutional Marches” being held during the month of July, which Belize Can, one of the collaborating entities, has designated as Constitution Awareness Month.

The Belize City Constitution March departs at 9:00 a.m. from the Constitution Park in the area of Pound Yard Bridge, and moves through the City to Memorial Park, where a rally will be held.

According to Pastor Scott Stirm of Belize Action, there will be several speakers addressing the audience in both English and Spanish. Among them will be Pastor Eugene Crawford and Ms. Maria Zabaneh.

“Belizeans are stirred by the UNIBAM challenge to our laws, and now the Gender Policy 2013’s inclusion of ‘sexual orientation’ and the clear inclusion of the homosexual agenda. Policy is the last step before becoming law! And the Gender Policy calls for these laws! For these things to become legitimized in law, OUR CONSTITUTION WOULD HAVE TO CHANGE!” organizers said in a statement.

They assert that the marches are “a demonstration of NUMBERS and RESOLVE that we will not let our nation go this direction!! We will not allow our elected leaders to TAKE OUR NATION THIS DIRECTION!”

They add, though, that, “The Constitution Marches are not protests! They are not ‘anti-UNIBAM’ demonstrations! They are POSITIVE, PROACTIVE; standing upon the words of our Constitution that invoke the supremacy of [The Creator] over Belize, as well as moral and spiritual values.”

So far the march in Toledo has drawn the largest crowd: over 4,000 strong; however, an effigy of a hangman with the acronym “UNIBAM” written on it, has also raised controversy. The image was placed on Facebook by Minister Lisel Alamilla, who publicly condemned the act.

In response, BelizeCan, Belize Action, and Rise and Shine Belize—which were invited to participate in the march and rally organized by the churches in Toledo—strongly condemned and discouraged the use of such placards or images, which they say can be perceived as sending the wrong message.

“While we did not personally see the hangman when we scanned the parade on Friday, we heard about it and sent instructions to have it removed immediately,” they said.

Organizers continue to urge “a peaceful pro-Constitution march, asking the Government to bring the Gender Policy in conformity with the preamble of the Constitution.”

According to Belize Action, “…the people of Belize affirm that the nation of Belize shall be founded upon principles which acknowledge the supremacy of [The Creator], faith in human rights and fundamental freedoms, the position of the family in a society of free men and free institutions, the dignity of the human person and the equal and inalienable rights with which all members of the human family are endowed by their Creator…”

Their statement also highlights point (d) of the preamble to the Belize Constitution: “…men and institutions remain free ONLY when freedom is founded upon respect for moral and spiritual values and upon the rule of law.”