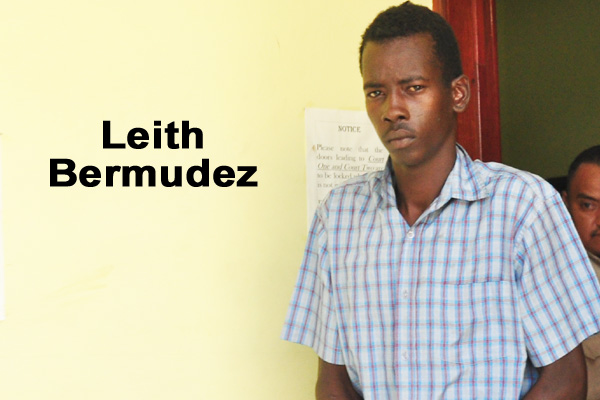 Leith Bermudez, 18, an employee of Cisco Construction, was remanded to the Belize Central Prison after he was arraigned before Senior Magistrate Sharon Frazer on charges of attempted murder and dangerous harm against Tarique “Hell Boy” Gillett, 17.

Frazer told Bermudez, “because of the sections under which you have been charged, it means that I cannot offer you bail until three months have passed. But your family can apply to the Supreme Court for bail.”

After explaining the process, she remanded Bermudez into custody until his next adjourned court date on May 5.

The incident for which Bermudez is charged occurred on March 12, when he and another man rode up to the junction of an unnamed street and its intersection with Holy Emmanuel Street.

There, the two men saw Tarique Gillett, who was in the company of three other young men. After a few words were exchanged, Bermudez allegedly opened fire with a handgun, hitting Gillett once in the right side of his chest.

Gillett was rushed to the Karl Heusner Memorial Hospital, where he was admitted in a stable but critical condition.

Gillett, who is no stranger to police, is out on bail for a shooting incident that occurred last year.