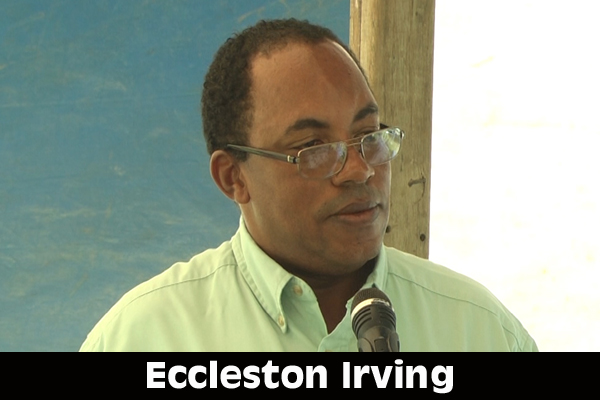 While the sugar industry is scrambling to recover significant losses that were incurred due to an 11-week delay in the start of the season, there is huge uncertainty within the citrus industry, which happens to be another vital industry that supports the Belizean economy.

As we had reported earlier this week, this predicament has arisen due to the fact that payments to local citrus growers for orange and grapefruit deliveries that have been made to the processing plant, belonging to the Citrus Products of Belize Ltd. (CPBL), have been repetitively lagging since last October when the 2013/2014 citrus crop season commenced.

In order to address the very serious matter, an emergency meeting was called by the executives of the Citrus Growers Association (CGA), which represents the interests of the citrus farmers.

That meeting – which was initially set for last Saturday, January 25 – was held today at the CGA’s headquarters, located at Mile 9 on the Stann Creek Valley Road.

Almost 200 citrus farmers, as well as a number of other concerned stakeholders, converged to discuss the way forward in light of the delay in payments.

First on the agenda was a contentious matter that has been seen as being at the heart of the impasse – a decision made by the board of directors of citrus producer CPBL for the appointment of a new auditor who would be assigned to conduct annual audit reports on behalf of the company. CPBL is partly owned by the CGA – who controls 53% of the shares, in conjunction with minority shareholders Banks Holdings Ltd. of Barbados, which reportedly has 2 representatives on CPBL’s board of directors.

On October 12, 2012 an Annual General Meeting was held by CPBL in which it was agreed that the auditor at the time – PKF Belize – would be changed as a matter of good governance practices, among other issues.

However, Banks Holding Ltd., who, according to the CGA, was in opposition to the alteration, delayed the tendering process, with the result that the previous auditor was reinstated.

In addressing the matter, CGA’s CEO, Henry Anderson, questioned, “How is it that you can send out tenders for auditors, and only the same auditor that was previously rejected responded?”

As part of CPBL’s banking contract, yearly audit reports are required in order for the commercial banks that do business with CPBL to release the funds which are necessary to pay the growers for the fruit deliveries – funds which are deposited by CPBL’s customers. And because a decision has still not yet been made as to the appointment of a new auditor, the issue has been prolonged for so much time that it has now brought the citrus industry into a literal state of paralysis because of the fact that the citrus producer can no longer access the funds to pay the farmers, in the absence of the audit reports for the outstanding years.

The citrus farmers – who are caught in the crosshairs, and are seeking to find ways to stay “above board”– believe that the minority shareholders are attempting to overrule the decisions of the majority shareholders, and today, they sought to find an amicable solution to the matter, especially since their payments are still behind by a week, and they still are not sure when they are going to receive their next payments, which are in excess of $11 million.

The farmers along with the CGA, made some resolutions, agreeing on three points on the basis of which they hope to move forward.

First and foremost, they intend to find a way to hire another auditor to do the necessary audit reports as soon as possible, so that the citrus farmers can receive their outstanding payments.

Secondly, they will arrange for the farmers to voice their concerns, especially since they have been severely affected by the impasse and are currently faced with several issues, including crop diseases and financial constraints. Thirdly, they will seek assistance to possibly negotiate with the Government in an effort to remove CPBL’s current board of management and perhaps buy back the minority shares from Banks Holdings Ltd.

After the meeting, Amandala spoke to CGA’s chairman, Eccleston Irving, who maintained that the farmers will not allow anybody to ride roughshod over them. He said, “Well, actually, what we are seeking to do is to get back the minority shareholding from Banks Holding Ltd.; that’s the request of the growers because the growers are seeing that the industry is being held hostage by an Investment Agreement that we feel is being misinterpreted, and really is being adhoc-ly implemented to stifle what is known as ‘small growers.’ That’s the term that seems to be used by local advocates of the Banks Holdings investment.”

He said that there are several steps the CGA will have to take, but one of their most immediate endeavors will be to get the auditor of CPBL changed as per the shareholders’ unanimous decision – which also includes Banks Holdings Ltd. – who voted to change the auditor, but is now apparently backtracking.

Irving said, “That’s one of the situations that we are trying to remedy by working with them [CPBL] so that the growers can be paid. The other one is to ensure that growers are paid on time for their fruit.”

He referred to the delay in payments to growers who are delivering their produce to the processing facility as “very dire and serious,” because there are national implications to be considered.

“Growers have also asked the association to be more robust in terms of ensuring that we work with the Government of Belize, or rather, to send a message to the Government that they are willing to go wherever they have to go, so that their voices are heard,” Irving said.

At this point, though, there is no indication what will happen next, as the immediate future of the citrus industry hangs in the balance.

Our attempts to get in contact with CPBL’s CEO, Dr. Henry Canton, have so far been unsuccessful.