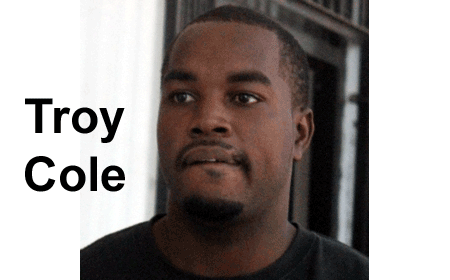 BELIZE CITY, Wed. May 4, 2016–Troy Cole, 26, of Crooked Tree Village, was ambushed on Gibnut Street while riding his bicycle towards Curassow Street at about 9:30 this morning. A gunman came out of a yard and fired at him, but initially the gun jammed.

Cole, said to be affiliated with one of the city’s gangs — the “123rd Street” gang, jumped off his bicycle and pounced on his attacker, with whom he struggled, but the gunman managed to shoot him in the chest and abdomen, and then escaped.

The mortally injured Cole ran to the nearby NHI Belize Integral Family Center, but he was refused entry. Police who responded to the shooting took him to the Karl Heusner Memorial Hospital (KHMH), where he died about 2 hours later, at about 11:30 this morning.

Police are seeking a man who is known to them, who they strongly believe is responsible for Cole’s death.

Assistant Commissioner of Police, Chester Williams, Commander of Eastern Division South, confirmed to the media during a press brief this afternoon at the Racoon Street Police Station that after Cole was shot, he ran to the clinic, but he was put out and the door to the clinic was closed.

Cole was left outside to bleed until the police vehicle arrived and took him to the KHMH.  Williams said that such an action by a professional medical service provider is very unprofessional.  Doctors and medical institutions have a legal obligation to treat injured persons whom they come into contact with and he has warned the officials of the clinic that he intends to write them about their unprofessionalism, which may have led to Cole’s death.

Williams said that the least the clinic could have done was to stabilize the patient and then transfer him to the KHMH.

Witnesses are still confused about the way Cole died, because at the clinic, he was talking and telling the individuals who had gathered there that he was fine. One witness told Amandala that at the hospital, Cole was still talking and was strong, when shortly after, after he had been taken to the hospital for medical attention, his friends were informed that he had died.