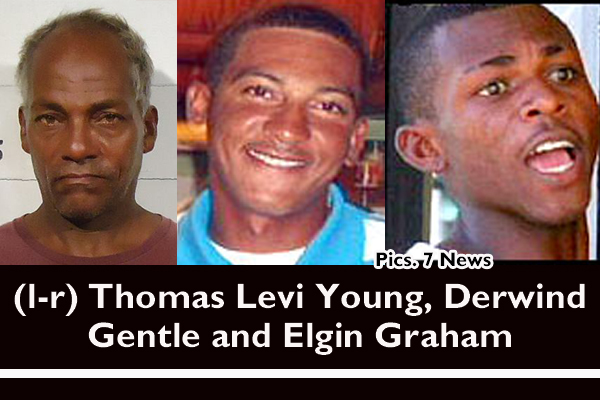 The Belize Coast Guard has called off the search for four of five fishermen missing for more than three weeks now.

On Monday, December 9—the same day that their relatives reported them missing—the body of one of the five men, Thomas Levi Young, 58, of Lucky Strike, Belize District, was found floating in the sea about 1 mile off the shores of Colson Cay in the Stann Creek District, in the area where they reportedly went to fish.

Young, who had evidently suffered a brutal murder, was in an advanced state of decomposition. He had several chop wounds and a post-mortem revealed that he had been shot to death.

The men departed the city aboard a 25-foot skiff, Natasha, at about 10:30 a.m. on Wednesday, December 4, to fish in the Colson Cay area. They were to have returned on Saturday, December 7 – but never did. Their families reported them missing the following Monday, December 9.

Immediately, police, the Coast Guard and the Belize Port Authority were alerted, and search patrols were dispatched. Their attempts to locate the other missing men have proved futile.

The Coast Guard has since called off the search for Gentle, Graham, Flores and Chi.