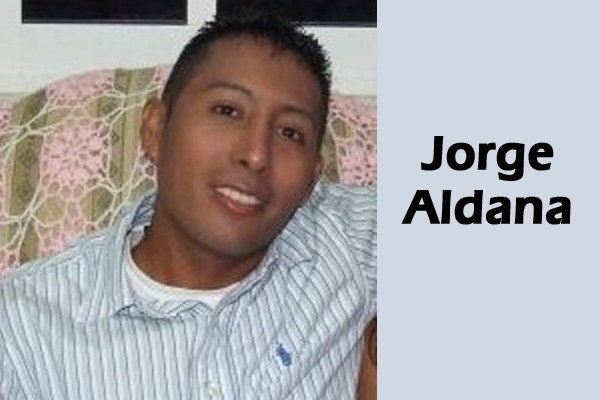 The incidents did not happen the way the reporter claimed they did — Coast Guard report.

The Coast Guard announced today that it has concluded its investigation into the alleged intimidation of senior reporter Jorge Aldana of the San Pedro Sun newspaper in San Pedro, at gunpoint by armed members of the Coast Guard.

Aldana reported that he was made to lie down on the ground, with guns aimed at his head, and when he tried to see what was happening, the guns were put to his head and he was ordered to look away, while his camera was taken away and his photos deleted. The incident reportedly occurred on Saturday, November 16, in San Pedro.

Deputy Commandant of the Coast Guard, Elton Bennett, told Amandala that they had conducted an intensive investigation, but found no truth to the allegations. The investigation included interviews with witnesses, and the recording of statements from individuals who were in the area, as well as close collaboration with the police, said Bennett. He said that he wanted to set the record straight — that Aldana was not intimidated, as had been alleged.

He further said that the Coast Guard will not take action against Aldana, and the matter is now considered finished.

For his part, Aldana said that he also considers the matter settled, and will not seek any action against the Coast Guard, and will not offer further comment.

In his report to the San Pedro police on Saturday, November 16, Aldana had claimed that he had been attempting to cover a shooting incident involving civilians and members of the Belize Coast Guard. He said that he located and followed a San Pedro police truck making its way from the Dr. Otto Rodriguez San Pedro Polyclinic to a lagoon location where a Coast Guard boat was docked.

According to Aldana, he followed the police truck that had three armed Coast Guard officers in blue uniforms and one police officer in plain clothes riding in the pan. The truck was also transporting two men who were seated inside. They were bleeding and appeared to have head injuries, Aldana said.

While Aldana followed directly behind the truck, he snapped several photos of the individuals who were in the pan of the truck, until they reached the end of Jewfish Street.

Aldana claims that he stopped about 300 feet from where the police vehicle stopped, and that he was approached by four Coast Guard officials while the others watched from a distance, making a formation that blocked his passage. Three of the Coast Guard officers then aimed their rifles at him and one approached him and asked what he was doing, Aldana said.

He said that he identified himself as a senior reporter with The San Pedro Sun newspaper, and that he was then told to put his hands over his head. When he asked what was happening, the officers told him to, “Just comply,” said Aldana.

According to Aldana, he put his hands on his head, then the officer took his two phones from his front pocket and his wallet from his back pocket. The officer then removed the chip from the Digicell phone, put it into his phone, and then returned it to Aldana’s phone, Aldana claimed.

Aldana said that the officer also erased all of the contacts from his SMART phone. They then ordered him to lie down on the ground, and put his hands on the back of his head, facedown, reported Aldana.

Aldana said, “One Coast Guard officer put the rifle nozzle to the back of my head, saying, ‘Don’t do anything stupid or I will shoot you.’”

While he was on the ground, another Coast Guard officer went through his carrier bag which was on the seat of his golf cart, removing everything, said Aldana. While the officer was trying to figure out how to delete the photos on the camera, Aldana said, he (Aldana) turned his head to look at what was being done to the camera, but the Coast Guard holding the gun to his head used the point of the barrel of the rifle to push his face away, stopping him from observing what was happening, and told him to look straight ahead. Aldana said that he complied with his orders, and that the other two officers held their guns pointed at him while he was on the ground.

According to Aldana, after the chip was taken out of his camera and the digital voice recorder was dismantled and all of his belongings were tossed onto the ground, he was told to get up and go before he was shot.

Aldana said that he immediately left the scene.

In conducting their investigation into the event, the San Pedro Sun interviewed Corporal Rodriguez of the San Pedro CIB, who was present when the incident occurred. Rodriguez confirmed that the Coast Guard instructed Aldana to put his hands over his head and that he was then searched. Rodriquez also confirmed that Aldana’s bag was searched, but said that he did not see whether anything was done with the camera’s memory card.

However, “At no time did the Coast Guard pull their guns on Aldana,” insisted Rodriguez, who added that Aldana “was not asked to lay on the ground with his hands behind his head and there were never any threats to shoot him.”

Deputy Commandant Bennett said that his camera was taken away, and the photos of the Coast Guard officers were deleted for security reasons, because the photos of officers on operations should not have been taken.