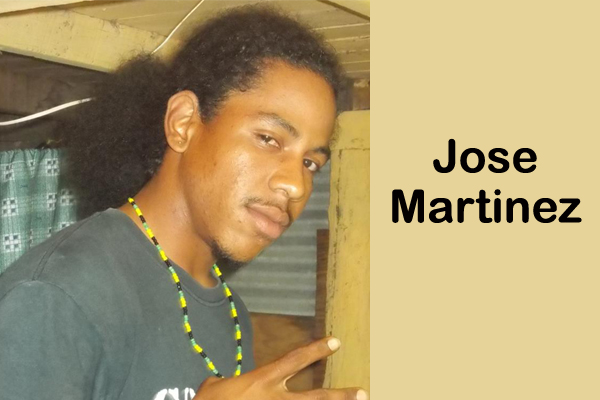 Just before daybreak this past Sunday, March 9, a young motorcyclist lost his life almost instantly after a head-on collision with an SUV in the vicinity of Camalote, near the City of Belmopan.

Police reported that they were called out to Camalote at about 5:00 a.m. on Sunday where they observed a red 4-door Isuzu Rodeo parked on the George Price Highway with severe damages to its right front light and fender, damage to its right front wheel and a broken right side windshield.

They also saw, in the immediate area, a red motorcycle – resembling a dirt bike – with extensive damages and its driver lying face down on the pavement, motionless and apparently dead.

Their initial investigations revealed that Belmopan resident Anthony Polonio, 53, was driving his vehicle from the direction of San Ignacio Town towards Belmopan when, upon reaching between Miles 50 and 51, a motorcycle – being driven at the time by Jose Martinez, 22, which was coming from the opposite direction, collided head-on with the vehicle.

As a result, Martinez – who resided in Ontario Village in Cayo – sustained head and body injuries which caused him to die on the scene.

His body was subsequently transported to the Western Regional Hospital morgue.

Today, Amandala spoke to ASP Sinquest Martinez, the Officer in Charge of the Belmopan Police Formation, and he told us that at the conclusion of their investigations, and based on the results of the post-mortem, which will be conducted on Martinez’s body today, investigators should be able to determine what exactly caused the accident and if alcohol may have been a factor.

He also said that the driver of the SUV, Anthony Polonio, has been served with a Notice of Intended Prosecution.