Commentary on When Things Fall Apart 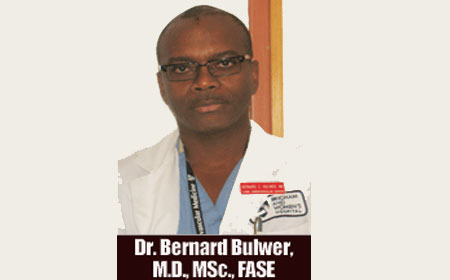 FOR THE LOVE OF GOD AND COUNTRY: What will change Belize, and its future, goes far beyond our politics. The diagnoses of much of our nation’s ills are known to most of us.

What does it take to go from where we are, to where our nation ought to be … and move from just the diagnosis, and embark on the treatment?

For starters, as Tolstoy wrote, and echoed by Mahatma Gandhi, we must first resolve to “be the change we seek”. Change, even though it can be channeled through political leadership—or better yet, statesmanship—must first start with you, with me.

What does it take for the collective talents of BELIZE—that’s all of us … yes, you!—to have a seat at the table? … so that we can begin to put forward the best collective ideas, and collectively work to build our country?

Let me raise my hands: I want to get actively engaged with Belize’s national health (not just medical care), feeding ourselves, educating ourselves, and however else I can contribute. I’m not asking for a job. I don’t need a job. I don’t need to get paid. I consider this my duty as a citizen. There is no shortage of WORK that needs to get done … which must get done, for Belize’s future and destiny to change.

I want to see a Belize run with the kind of statesmanship shown by the likes of Lee Kwan Yew, the visionary founding father whose legacy is called Singapore. This is not a call to imitate, but to emulate.

Sobering thoughts emerge from the writer’s (Therese Belisle Nweke) essay. Among them is her reference “ … at this eleventh hour and before it is too late.” Mrs. Belisle Nweke, apparently living far away on the other side of the world, clearly carries a deep burden for her country, and took time out to research and pen her thoughts.

I am no alarmist. I am a quintessential optimist, but I am also a realist. All who love The Jewel ache when things seem to fall apart … or when the “perfect storm” emerges. Mrs. Belisle Nweke’s reference to the “eleventh hour” reflects thoughts uttered by Dr. Martin Luther King: “The fierce urgency of now”. Many of us are aching for our Jewel. We may not be able to articulate the way Mrs. Belisle Nweke does, but we feel, deeply.

We all want a Belize where our news headlines are no longer stories of never-ending hate, rape, robbery, murder, politics, and a legion of negativity and shenanigans.

I want a Belize where “You better Belize it” means more than a catch phrase on a T-shirt or billboard … a Belize that reflects the promise and beauty of that iconic rainbow sign that now adorns our shores. I want a Belize where the word “Belize” becomes synonymous with an exemplary model of a small and blessed nation—one that maximizes, harnesses, and empowers the collective talents of all its people.

My fellow Belizeans. It can happen if we resolve, believe, abandon those old ways that don’t work, and work towards a new vision of who we wish to be as a nation. This is my personal story, the many lessons I’ve learned, and the life I now live.

I want us as a nation to resolve to find ways to work together. This is the essence of my last posting, “TOGETHERISM: A survival imperative for Belizeans post-Earl, and going forward”, where I ended with the words, “we don’t have many cards left to play.” I wish I am wrong, but deep down I feel that Belize will not survive as we know it unless we FIND A WAY to work together as one people with a national vision. Where there is a will, there is a way.