Convicted murderer diagnosed with schizophrenia, awaiting decision on his appeal 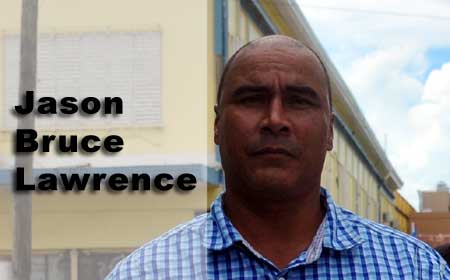 BELIZE CITY, Thurs. Oct. 19, 2017–The Belize Court of Appeal heard submissions in the appeal of Jason Bruce Lawrence, 40, who was convicted for the murder of his common-law wife, Mercedes Carillo, 40, and is serving a life-in-prison sentence. The murder occurred on December 4, 2009, in Burrell Boom. The court has reserved issuing its ruling until a later date.

Lawrence’s appeal was handled by his attorney, Yohanseh Cave.

Cave listed a number of grounds on which he based the appeal, but they all fell by the wayside, leaving the Appeal justices to consider only the ground of diminished responsibility.

Since he was sentenced to serve life in prison, Lawrence was examined by British psychologist Dr. Latham, who diagnosed him to be suffering from schizophrenia. This may have resulted in diminished responsibility when he committed the murder.

Carillo was stabbed five times shortly after midnight on December 4, 2009, at the couple’s home in Burrell Boom.

According to the evidence that was presented at the trial, Carillo received a phone call and an argument ensued between her and Lawrence. She called the police, but Lawrence left before the police arrived.

Lawrence returned about an hour later, only to find that Carillo had locked him out of the house. He managed to force the door open, and when he got in he stabbed Carillo in her chest and abdomen.

Carillo’s teenage son and daughter were at home at the time, and they intervened. Carillo’s son struck Lawrence on his back with a guitar, and her daughter stabbed him in his shoulder with the kitchen knife that he had used to stab their mother.

At the appeal hearing, the Crown was represented by Senior Crown Counsels Sheiniza Smith and Cecil Ramirez.

“Diminished responsibility” was successfully argued in the Lavern “Anti-Christ” Longsworth appeal, and resulted in the Court of Appeal quashing her murder conviction and life in prison sentence, and substituting manslaughter in its place.

In that case, the court was assisted in its decision by expert opinion which had declared that Longsworth was suffering from Battered Woman Syndrome, which diminished her legal responsibility for the murder of her common-law husband, David White, whom she had set on fire in August 2010.