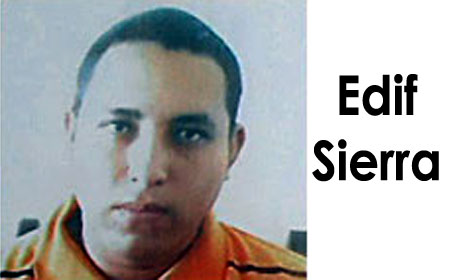 SAN IGNACIO, Cayo District, Mon. Dec. 12, 2016–Eight Salvadorans were busted without legal documents in San Ignacio at about 10:00 Saturday night, and surprisingly, a cop was the driver of the van (a Chrysler Pacifica) in which they were traveling.

The van was stopped and searched on the George Price Highway near Carrillo Puerto gas station. In the van police found 5 adults and 3 minors, all Salvadorans. They were all taken, along with the van, to the San Ignacio Police Station.

According to a police report dated today, Monday, “The SUV was pulled over, where  the driver was identified as 23-year-old Edif Sierra, transporting eight Salvadoran nationals (4) females and (4) males in the country illegally without a passport.”

Supt. Richard Rosado said on Channel 7 news tonight that the driver of the van was identified as being a police constable from the Benque Viejo Police Formation.

Police said that the Salvadorans were searched and $2,000 USD was found on them.

The Salvadorans will be taken to the San Ignacio Magistrate’s Court on charges of illegal entry into Belize, and the charge against them will be led by the Immigration Department. They can expect to be fined $1,000 each to be paid forthwith, and will be immediately deported to their country. If they cannot pay the fine, they can expect a jail sentence of 6 months, after which they will be deported.

It is expected that the minors will be held in safe custody with Human Services while arrangements are being made to transport them back to their country.

San Ignacio police said that they were patrolling the town when on their arrival near the Carrillo Puerto Gas Station they saw a tinted van without license plates driving towards the Loma Luz Boulevard on George Price Highway.

They immediately stopped the van to search it, and saw the 8 Salvadorans in the van. They were soaking wet. Police said that the policeman had been transporting the 8 undocumented Salvadorans into the country.