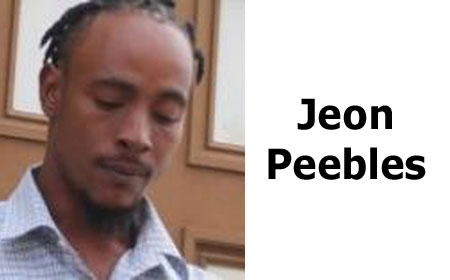 BELIZE CITY, Thurs. Nov. 3, 2016–On Monday morning, a passerby saw a body on the ground riddled with bullets and called police, who removed the body and several expended shells from the scene at the junction of the Burrell Boom/Hattieville Road.

The body was later identified as Jeon Peebles, 25, a Belize City man whose family claims that he was in police custody on Sunday night for marijuana possession.

Last night, Assistant Commissioner of Police Chester Williams confirmed that a police officer was detained and is being questioned in connection with the apparent homicide of Peebles.

Williams told 7News, “Yes, we have one officer in custody who we believe was one of the officers who picked him up. That information, though, is yet to be confirmed and the allegation that you’re saying, is that two officers did pick up him.”

Amandala spoke to Williams tonight, but he said the matter is being dealt with by the rural police under the command of Assistant Commissioner of Police Edward Broaster.

In a brief telephone interview, ACP Broaster told Amandala, “We have a very delicate investigation going on right now. At this time, I don’t want to comment until we lock off what we have to lock off.”

Amandala asked ACP Broaster if the police officer is still being detained, and he replied, “I don’t know if he is still detained.”

“All I can tell you is that the person turned himself in, with his attorney, and his attorney has advised him not to give any information to the police,” Broaster said.

ASP Broaster confirmed, however, that the police officer who is being investigated works out of one of the police stations in Belize City.

Jeon Peebles, who leaves behind one child, is a man who was known to police and is believed to have been an associate of the Back-a-Town Gang.