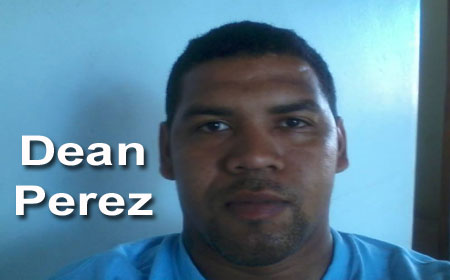 BELIZE CITY, Thurs. July 23, 2015–A police officer who was stationed in San Pedro and was accused of theft by a San Pedro resident last October was found guilty of the offence today when his case concluded before Chief Magistrate Ann Marie Smith.

Constable Dean Perez, who was remanded to the Belize Central Prison, will be brought back to court on Monday, when Chief Magistrate Smith will sentence him.

In handing down the guilty verdict, Smith told the court that although there were discrepancies in the prosecution’s case, those discrepancies did not affect the crux of the Crown’s case against Perez. The Chief Magistrate said that the virtual complainant was more believable than the accused, Perez.

Perez was defended by attorney Leroy Banner, who has indicated that he will appeal the guilty verdict.

Perez was accused of stealing a cellular phone and $600 cash from the home of Jose Hernandez, a man on whom he had gone to execute a committal warrant.

At the time the alleged theft occurred, Hernandez was at home with his common-law wife, Esmeralda Pat, when Perez went to their home in his police uniform.

The allegation against Perez is that he took a white cell phone from a table in the bedroom and then grabbed an identification folder from Pat, which contained the $600.

In court, Hernandez testified that he saw Perez grab the folder as he was escorting him outside to a police vehicle that was parked in front of the house.

On October 14, 2014, Hernandez made a report to police, but Perez was not arrested and charged for the offense until October 27, 2014.

In his defense, Perez gave evidence from the witness stand, denying that he had committed the offense.

Perez told the court that he has been falsely accused because Assistant Superintendent of Police Henry Jemmott had a personal vendetta against him and had warned him that he would pay for his “big mouth”, when he had mentioned certain things to the senior officer.