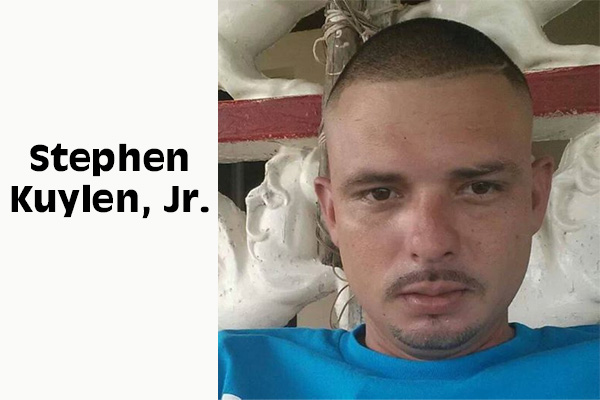 Stephen Kuylen, Jr., 31, a customs broker of the Pasadita area of Orange Walk Town, was shot to death at about 8:50 last night in his yard on 6th Street in Pasadita, where he lives with his girlfriend.

He was shot in the head, cheek and chest, and reportedly in the back, by one of two gunmen who attacked him shortly after he arrived home that night.

Kuylen, originally from Corozal Town, had gone into his house, but shortly after, he was called out by two men who came to his gate. When Kuylen went to the gate to see what the men wanted, one of them fired several shots at him, hitting him in the chest, upper back and temple. The two men then escaped into the night.

Police responded to a report of the shooting, but could not find the killers.

Kuylen was taken to the Northern Regional Hospital in Orange Walk Town, where he was declared dead on arrival.

Police said that last night about 9:15 they visited the scene of the crime, where they saw a Hispanic man lying dead in a pool of blood, with gunshot wounds to the left cheek, left temple area and lower back. He was identified as Stephen Kuylen, Jr, 31, a customs broker.

According to police, Kuylen’s common-law wife, Farah Marchand, 27, reported that she found Kuylen dead in a pool of blood when she arrived home. His 9mm Luger pistol, serial number 222045, and his white Samsung Galaxy cell phone, with calling number 633-1250, were missing.

Recovered from the scene were 5 expended 9mm shells and two 9mm slugs.

Inspector Julius Cantun, Deputy Commander of the Orange Walk Police District, said that they are following several leads, but the motive for the killing is yet unknown. He said that they are seeking two men who they believe can assist them in their investigation of the slaying of Kuylen, which is the first murder in his district for the New Year. Cantun said that they will leave no stones unturned as they try to solve the murder.

Kuylen’s father-in-law said that his daughter had just talked to Kuylen from Carmelita and told him that she would be home in about 15 minutes, and Kuylen had replied that he was at home feeding the dog. She returned home to find him dead, however.

The father-in-law said that they are at a loss as to a reason why he was killed.

A family member believes that the two killers were in the bushes near the fence waiting for Kuylen to come home. After he arrived, they then approached his house and called him out.

The neighbors saw them run out of the area after shooting Kuylen.