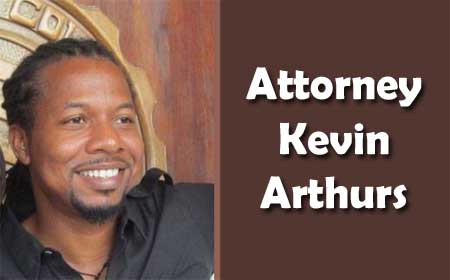 BELIZE CITY, Thurs. June 22, 2017–There is a legal maxim that says, “Justice delayed is justice denied.”

At the close of its June session last Friday, the Court of Appeal handed down an important decision in Criminal Appeal No. 15 of 2012 between Gilbert Henry and The Queen.

On September 14, 2008 Gilbert Henry was in an altercation with Ellis Taibo that resulted in him stabbing Taibo in the chest.

He was charged with the usual indictable offences of attempted murder and dangerous harm.

When the trial came up some four years later, in 2012, a jury returned a verdict of not guilty of attempted murder, but guilty of dangerous harm.

Henry, who was unrepresented at the trial in the Supreme Court, filed an appeal nine days after he was convicted, on the grounds that he was not properly represented at his trial, because his attorney had died.

His appeal, however, was lost for years in the judicial bureaucracy. In addition, the transcript to the lower court trial was also missing.

By the time his appeal was finally heard this past March, Henry had already served the 5-year sentence that was imposed on him by the Supreme Court.

“The first is whether the provisions of section 6(2) of the Belize Constitution require a conviction to be quashed in a case where there has been a delay of almost nine years from the date the Appellant was arrested to the present date, the delay has not been occasioned by the Appellant, and there have been significant administrative and judicial irregularities and disorganization.

“The second issue is whether a trial should be declared a nullity where the jury returns a majority verdict in less than the time specified in section 21(2) of the Juries Act Chapter 128,” the judgment said.

The judgment continued: “Although we answer the second question in the affirmative and this is instantly dispositive of this appeal, we mention at this time that we are constrained to discuss the first issue in some depth in order to make our concerns known, and to state in the clearest terms that such a situation as occurred in this case is never acceptable. That an Appellant waiting for his appeal to be heard should be forced to serve his entire sentence while so waiting—particularly when the fault can be laid squarely on administrative insufficiencies—is unacceptable. It is incumbent on a Registrar to make provision as soon as Notice of Appeal is filed, to secure the transcript of the trial and obtain the judge’s notes of his summing up (if this is not available with the transcript).”

In the section of their judgment dealing with “Constitutional consideration—fairness and delay”, the appeal justices said: “Section 6(2) of the Belize Constitution states that ‘If any person is charged with a criminal offence, then, unless the charge is withdrawn, the case shall be afforded a fair hearing within a reasonable time by an independent and impartial court established by law.’

“Although ‘a fair hearing’ and ‘a reasonable time’ are separate concepts, there being several circumstances that might affect fairness, there can be no question but that delay is one of those circumstances.”

Their Lordships quoted the principle from the case of Celine v the State of Mauritius, a Privy Council case in which Lord Kerr stated: “If a criminal case is not heard and completed within a reasonable time, that will of itself constitute a breach of section 10(1) of the Constitution, whether or not the defendant has been prejudiced by the delay.”

The 10-page judgment ends saying, “In any event and in light of all the above, we conclude that the provisions of section 6(2) of the Constitution have been violated in this case, the delay and other irregularities amounting to a denial of a fair hearing within a reasonable time.

“Had it not been for the fact that we have just declared the trial a nullity, we would be constrained to allow the appeal and set aside the conviction. There can be no question of retrial. The Appellant has unfortunately already served the sentence imposed by the lower court. In the circumstances, we decline to address the issue of remission….”