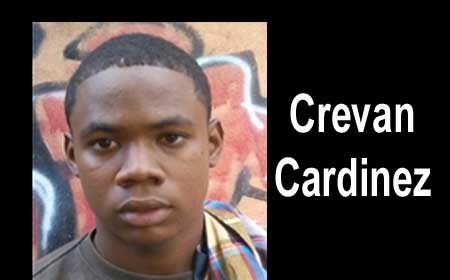 BELIZE CITY, Thurs. Aug. 24, 2017–A search in the sea in the area of “the Hangar”, off Princess Margaret Drive, for a man who was seen being beaten with paddles by three men in a boat, after which he was thrown overboard, at about 2:30 yesterday afternoon, came to a sad conclusion at about 10:00 this morning.

The body of the man was found in the sea in the area of the Sir Barry Bowen Municipal Airport by Coast Guard divers who began the search for him yesterday.

The victim, whose body was taken to the morgue, has since been identified as Crevan Cardinez, 18, of Orange Walk Town, who reportedly was a student of ITVET in Dangriga.

Officers of the Fisheries Unit on Princess Margaret Drive had reported that they saw a man in a boat being beaten, and then, he was thrown overboard. He had also been stabbed.

Similarly, a police patrol on Princess Margaret Drive also reported that they saw a man in a boat being beaten, and then thrown overboard. After the man was thrown overboard, the boat sped off.

The Coast Guard was called, and two boats were sent to the scene — one to search for the victim, and the other to search for the attackers. At 10:00 this morning the body of the man, identified as Crevan Cardinez, was found.

Crevan Cardinez was no stranger to Belize’s law enforcement system. On Friday, August 11, he was arraigned at the Belize City Magistrate’s Court on an aggravated assault charge and remanded to the Belize Central Prison until September 25.

He was taken before the court again on that same date, and arraigned for keeping an unlicensed firearm and ammunition. He was to appear in court on September 25 to answer to both charges.

On Friday, August 18, his attorney, Oscar Selgado, was able to secure Supreme Court bail for his client, and Cardinez was released from custody.

Five days later, the Coast Guard found his body floating in the sea. His attorney reportedly said that if he had known what would have happened, he would have let his client remain in the secure confines of prison.

We were informed that Cardinez lived in Orange Walk Town with his mother, and his father lives in Dangriga. At press time tonight, his murderers remain at large.