Curfew enforcers have picked up 25 minors so far 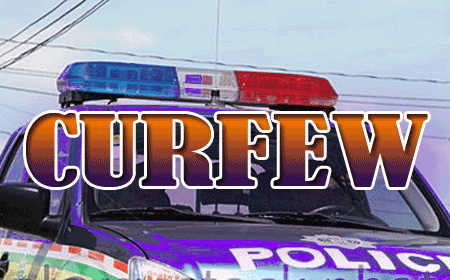 BELIZE CITY, Thurs. Apr. 28, 2016–A curfew was implemented in March on the southside of Belize by Assistant Commissioner of Police, Chester Williams, in an effort to curb crime, particularly in light of the fact that two recent killings had allegedly been committed by minors. This latest initiative in the police department’s crime fighting efforts was met with mixed reactions, with some institutions outspokenly opposing it, but a little over a month since the curfew’s implementation, it is still in effect.

Williams said that the program is ongoing and the Community Rehabilitation Department, which comes under the Ministry of Human Development, is assisting his department in this initiative.

Starla Bradley, director of the Community Rehabilitation Department, told Amandala that the picking up of these minors is done during routine police patrols. Bradley said that since the program started, they have taken 25 minors: 23 males and 2 females, into their temporary care until their parents could be contacted. Bradley added that the majority of the minors, who were found on the street, after the curfew cutoff -time come from single-parent homes and their ages range between 11 and 17.

Bradley said that her department plays a supportive role, since it is the Ministry’s responsibility to look after the welfare of children.

When a child is picked up, Bradley said, the social worker on call is contacted. Thereafter, the child is taken to his/her family or the parent goes to the police station and picks up the child. She also noted that these children are not kept at the police station overnight as was previously the case. However, when the parent is contacted, the social worker checks to make sure that the home environment is safe for the child to return.

Bradley said her department attempts to engage the families of those children with whom her department comes in contact as a result of the curfew, in an effort to find out the situation in the home. “It has to be family-focused because you can’t work with a child in isolation,” she said.

Bradley said that by engaging the family, they are able to find out what their strengths and weaknesses are, and from there, they help these families to build on their strengths, in order to be a functional family in which the child can thrive.