Home Features Curfew may be good, but there are “legitimate concerns”
Features

Curfew may be good, but there are “legitimate concerns” 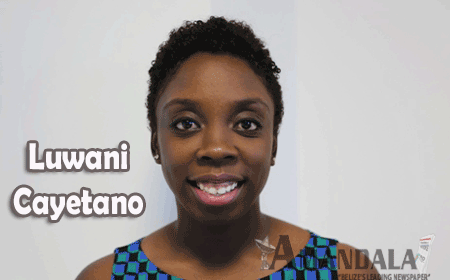 BELIZE CITY, Tues. Apr. 5, 2016–The Southside section of the Police Department, on March 17, under the leadership of Chester Williams, Assistant Commissioner of Police and Commanding Officer of Eastern Division, Southside Belize City, implemented a curfew from 9:00 p.m. to 6:00 a.m. for children under 18 in an effort to curb crime.

Williams told Amandala that since the commencement of the curfew, they have picked up about nine children off the Southside streets of Belize City.

The female children, Williams said, were taken home and their parents were asked to bring them the following morning, while the male children were held in a nice area that is furnished with a television and mattresses until morning, then their parents and a social worker were brought in.

“The parent received a warning letter,” Williams said, “which states the consequences if their child was to be picked up again.” Williams added that as a result of the curfew, there are not many children on the streets late at night.

Curfews have been used by many countries from the turn of the century to “deter juvenile victimization and delinquency.”

“According to the U.S. conference of Mayors, in a 1995 survey, 387 cities took part in a survey of which 270 cities admitted that they have a curfew ordinance in place,” stated the document, Juvenile Justice Reform Initiative in the States 1994-1995.

According to Luwanit Cayetano, Child Protection Officer, United Nations Children’s Emergency Fund (UNICEF), however, UNICEF, while having the same objective of keeping children safe, does not support the curfew. Cayetano said that the approach does not effectively work against crime and it tends to discriminate against children.

Cayetano said that the UNICEF approach is to work with the Ministry of Education and non-government organizations (NGO) in finding positive alternatives. Cayetano said that one such NGO is Child Development Foundation, which endeavours to provide parents with skills and tools.

According to Jamaica’s Observer newspaper, in 2014, a curfew was implemented in Kingston, Jamaica, to control crime. Senior Superintendent Steve McGregor, who heads the Kingston Western Police Division, explained that residents would be trained to become community monitors. The monitors have been responsible for ensuring that the children comply with the program by working with parents and family members of these children, McGregor said.

Assistant Commissioner Williams said that there is an aspect of the current program in Belize City that is carried out during the daytime and involves visiting the various gang bases. In instances where a child is found at such premises, the child is picked up and taken to the police station, and then the police officers get the parent and the social department involved, he added.

“Some people do have concerns which are legitimate and we are willing to listen to them,” Williams said.

Williams also said that he is willing to dialogue with anyone who thinks that they might have a better solution to the problem, adding that he is looking into the concerns that were expressed by Judith Alpuche, CEO in the Ministry of Human Development.

Amandala was unable to reach CEO Alpuche for comment.

A research paper, Youth Curfew and Children’s Rights, stated, “The UN Guidelines for the Prevention of Juvenile Delinquency have spoken out against these limits, asserting that status offences stigmatize, victimize, and criminalize young people.”

The research paper found that there has been a shift in the purpose of implementing a youth curfew. It went on to say that traditionally, it was used in a state of emergency, such as during a war. Nowadays, it is seen as a good measure to use to protect children from the seeming threats of the night.

The paper went on to state the case of a “15-year-old boy from the United Kingdom who won a High Court challenge to the legality of curfew laws in 2005.” The case “emphasized the need for the presumption of innocence of all children and their right not to be subjected to police encroachment without good cause.”

The young boy said, “Of course, I have no problem with being stopped by the police if I’ve done something wrong, but they shouldn’t be allowed to treat me like a criminal just because I’m under 16.”

“Protection of children takes a lot of time, but when there are strong coordination and agents working together, the results are beneficial to all,” Cayetano said.