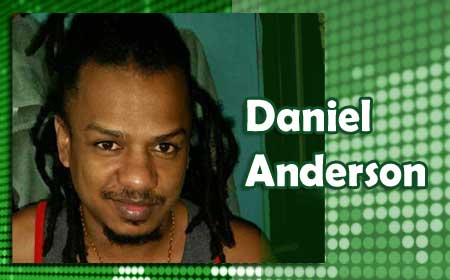 BELIZE CITY, Mon, Oct. 2, 2017–Four children are fatherless after Daniel “Danny” Anderson, 32, was gunned down while celebrating his brother-in-law’s birthday at a night club on the south side of Belize City.

Police reports indicate that sometime around 3:00 on Sunday morning, Anderson and friends of his were at the popular Bismark night club on Queen Charlotte Street in the Yarborough area when a quarrel broke out between two groups.

Anderson was shot in the chest and died two hours later while receiving treatment at the Karl Heusner Memorial Hospital (KHMH).

Anderson’s brother-in-law, Alex Underwood, 28, was shot in both hands. One of their friends, Crystal Flowers, 27, was shot in her left cheek, and another friend, Stacy Belisle (no age provided), was stabbed in her right and left arms as well as in her lower left back. Their conditions are at this time unknown.

According to sources close to Amandala, Belisle was involved in a physical confrontation with another group of women, and this led to one of the spouses of the warring women discharging his pistol.

However, police have not confirmed this allegation and have declined further comment.

Today our newspaper visited the family of the deceased (Anderson). His sister, Ivorene Gomez, 28, told us that the last time she saw her brother was on Friday.

“He was being his usual silly self, joking with us,” she recalled. According to her, her brother initially did not want to go to the party, as he had been suffering from conjunctivitis in both eyes. However, he later changed his mind. The family has not yet gotten a detailed report of what transpired, as police remain tight-lipped.

“I heard that they were at the club partying, and a little altercation happened inside the club. It escalated; they went outside and someone pulled out a gun and fired into the crowd,” said Gomez.

According to Anderson’s sister, he was no saint, but he certainly was not the same man who had walked into prison years ago.

“My brother does have a past; he has been to jail several times,” she said. “Since his last incarceration he changed. He finally realized he needed to be here for his kids. We saw that he was changing. We saw the difference. We saw a grown man,” she commented.

While many who have lost a loved one to violence have cried for justice, the sister of the deceased has not done so. She told Amandala, “I just want to bury my brother. The world is round; you do things, it will come back to you.”

Anderson was to celebrate his 33rd birthday next month.