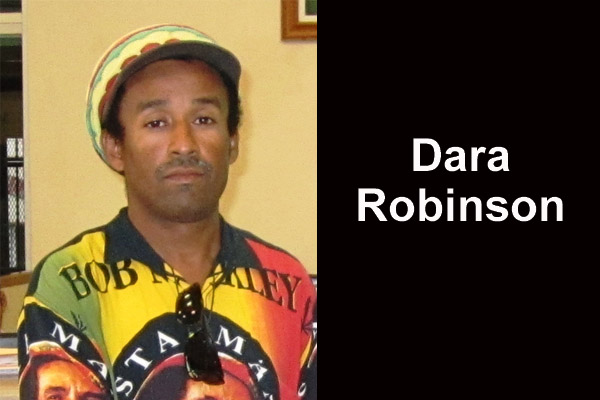 Dara Robinson invites the public to be a part of the second annual Ride for Hunger to be held on Saturday, August 3, 2012.

The ride is another initiative spearheaded by Dara in support of his feeding program. Registration will begin at 5:00 a.m. on the day of the event. Participants will be charged a $5.00 registration fee. The ride will commence at 6:00 p.m. sharp. Dara said that the objective of the ride is to increase awareness of the hunger which affects many in the community and to fundraise for his feeding program for the upcoming school year.

The ride will start and end in front of the Smart office building on the Philip Goldson Highway. There will be a raffle after the ride is completed. The ride will proceed along the Philip Goldson Highway, turning onto the Burrell Boom road, proceeding in the direction of Hattieville Village, then moving onto the George Price Highway heading back into Belize City. Riders will go through the City via Central American Boulevard and Princess Margaret Drive and back onto Philip Goldson Highway and will end in front of the Smart office building. There will be a brief break at the CDS Gas Station on the Boom Road. CDS, incidentally, is donating two 100-pound gas tanks towards the feeding program.

Dara said that he is planning to not eat any solid foods on the day of the ride and is welcoming other participants to join him if they choose to. The public is informed that, in addition to the registration fee, food donations will be accepted. Last year’s Ride for Hunger had about 175 participants and $1,300 was raised for the program.

On Sunday, August 4, 2013, Dara will be hosting the sixth annual tribute to Lucky Dube at the MCC Tennis Court in Belize City. Dara is a lover of reggae music and he believes that Lucky Dube’s music carries strong messages by which he and others can live.

In addition to showcasing music by Lucky Dube, Dara said he’ll also pay a special tribute to Peter Tosh. Several “senior selectas” will be present at the concert for musical entertainment. Entrance fee for the concert will be $5.00 per person. Food and drinks will be on sale at the event and the public is welcomed to bring food donations for the feeding program.

Dara said that the public is invited to come out and support the events, but he’s asking that everyone be resolved to behave respectfully. Persons interested in getting more information on the events can contact Dara at 623-3662.