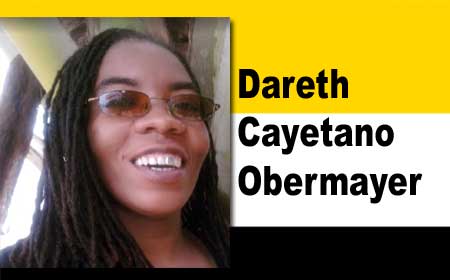 BELMOPAN, Cayo District, Tues. Aug. 22, 2017–Following a spirited round of elections held this past Saturday at the Agriculture and Trade Show grounds in Belmopan, Dareth Cayetano Obermayer, Examiner of Accounts at the Office of the Auditor General, emerged as the new president of the Public Service Union (PSU).

Obermayer received 88 votes, 7 more than the only other contender for the post — Gerald Henry, Jr., also of the Office of the Auditor General. A hundred and eighty-five PSU members attended the AGM.

In a thank you letter to PSU members, the newly elected president said: “My victory was made possible by the outpouring of support from you the members who had the trust, belief and confidence in me to serve you for the next two years as president.”

There were four other executive posts filled at the AGM: 2nd vice president, for which Jerome Lozano was elected; secretary general, for which Fayne Nicasio was elected; and councilor, for which Luis Luke Martinez and Cynthia Cayetano were elected to fill two vacant seats. Notably, virtually all the posts were filled by Garinagu. 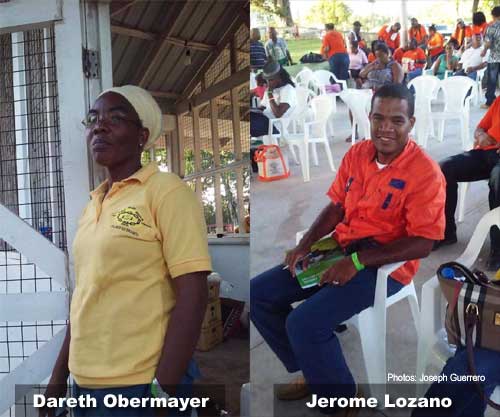 Herman Pastor, 1st vice president, who chaired the meeting instead of outgoing president Eldred Neal, told us in light of this observation that Garifuna people have been disenfranchised and the discrimination and stigma against them still remains, no matter what they do.

Pastor, who is a Garifuna, said that the Garinagu have always been interested in the public service, and he is an example of that. Pastor said that his father was a shop steward of the PSU back in the 60s/70s.

Additionally, most of the persons elected at the weekend AGM have previously served on the PSU’s executive, he said.

There will be a transition process to allow for handing-over from Neal to the president-elect. Obermayer told Amandala that she got a chance to speak with the president and he did mention that the transition will take about two weeks. She is also requesting a secondment, which is a temporary transfer from her usual assignment with the Government to the PSU’s headquarters for the duration of her term, which should last two years, without loss of remuneration (which would be paid by the PSU), and without causing a break in the years of service.

The Public Service Regulations make provision for secondment of public officers outside of the Government for an initial period of two years, but it can be extended. Neal was also on secondment to the PSU.

Our newspaper has been told by an executive member that the PSU president would be integrally involved in the operations of the PSU and is the chief negotiator and chief advocate for union members, as well as the primary liaison with the umbrella organization – the National Trade Union Congress of Belize.

According to Pastor, a PSU member asked Neal at the AGM to publicly apologize for derogatory remarks he had made against the Garinagu in a private conversation with other trade unionists which was secretly recorded and released to the media some months ago, but Neal did not.

Neal had previously apologized to the PSU’s Council of Management, and those leaders were to go back to membership and share with them the apology. Not all PSU members were pleased with that, and so one of them asked that he apologize openly at the AGM, but Neal declined.

“I believe, moving forward, that one thing that members need to understand is that we are Belizeans. There is no taking that away from us. Our culture plays a role, yes, but we are Belizeans first, and then our culture. As a union, you don’t fight for a particular culture, but for all Belizeans, and by extension, members of the public service. If a member of the public service benefits, then Belizeans benefit,” Obermayer told us.