Deon Bruce, 28, appears in court for extradition to the United States 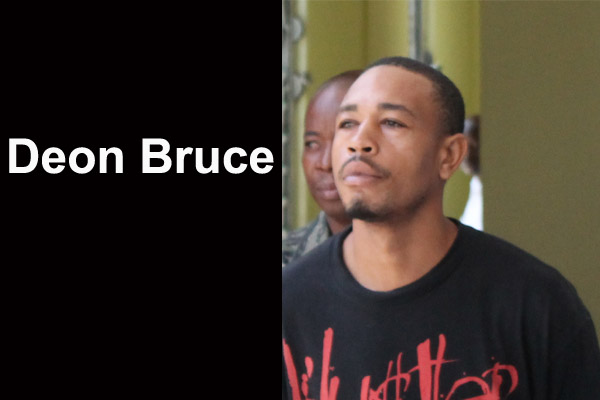 Bruce is wanted in the US for murder, attempted murder and other offenses

Belizean national Deon Bruce, 28, was escorted to court where he appeared for extradition proceedings to the United States. Bruce is wanted by the US for crimes including murder, attempted murder, aggravated battery and firearm possession, stemming from an incident which occurred in 2000.

Today, Magali Perdomo appeared on behalf of the Attorney General’s Office, and presented the court with a warrant issued by the US for Bruce’s extradition, which was issued on March 30, 2000. The order, dated July 2, 2013, was sent for a warrant to be issued, and it was granted on that same day by the Chief Magistrate, and Bruce was eventually apprehended yesterday, Thursday.

Bruce was represented by attorney Bryan Neal, who argued that although Bruce was born on July 20, 1984, the warrant that was issued was for a Deon Bruce, born July 20, 1984, but in the Cayman Islands, while his client was born in Belize.

Perdomo asked the court for a short adjournment for the documents to be processed and for a bundle to be sent to Neal and one be held for the court, and also for her to ascertain whether the warrant that was issued is for a Deon Bruce who was born in Belize, or the Cayman Islands.