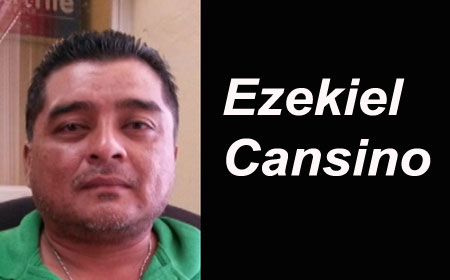 ORANGE WALK, Tues. Feb. 10, 2015–Who was behind the effort to register the Belize Sugar Cane Farmers Association (BSCFA) as a limited company and why? Those were two chief questions that sparked an emergency meeting at the BSCFA headquarters in Orange Walk Town this afternoon.

The move was carried out at the end of January, but BSCFA Committee of Management chairman, Ezequiel Cansino, only found out about it last Friday, February 6, when one of the five BSCFA members who had allegedly facilitated the initiative brought it to his attention.

It turned out that the re-registration exercise was actually an attempt to register the 55-year-old entity not as a company, but as an association under the Companies Act, and at the conclusion of today’s 3-hour meeting, Cansino told us that several errors were made when the association was re-registered.

He said, “The information that we have received from our attorney is that the BSCFA has been registered as an association [under the Companies Act], and he explained to us that there were some errors in this registration. We have discussed this issue with the persons that signed the paper, and they declared that they did it in a moment of confusion because they didn’t know exactly how to go about with the re-registration of the organization.”

Among those flaws is the fact that the BSCFA was renamed as the Belize Cane Farmers Association, although the same by-laws were still being used along with the new association’s constitution.

Cansino described the act as “completely mischievous” and “damaging” to the organization, which has recently been experiencing a series of recent internal conflicts stemming from opposing views within its ranks.

“It is damaging to the association because out there, the cane farmers are confused – they are hearing that now BSCFA is not an association, it is a company and what’s not, and the cane farmers are indeed very concerned about this, and we are feeling that we are losing credibility because of this. Some cane farmers have already voiced that they will just be with us this year, and then they will be leaving because we are not a serious organization, but it is not the management doing this, but it is other persons that are not contented with us, damaging the credibility of the association. It was very hard for us to keep our cane farmers together with the BSCFA, and it is a pity that we might lose more of them because a group of people are doing this mischievousness to us”, he stressed.

So, who is responsible? According to Cansino, two of these individuals are Hernan Villas of the Progresso Branch, and Eladino Escarraga of the San Jose Branch – both of which have partially broken away from the BSCFA – along with Marcel Gutierrez of the Orange Walk Branch.

Both Villas and Escarraga have since sent in letters of resignation to the BSCFA, while Gutierrez has reportedly expressed willingness to resign from the association by tomorrow, Wednesday.

And why did they do it? Apparently, they pointed out that they were not happy with the way things were going in the BSCFA, and so they decided to arbitrarily make the changes.

Other members of the association, however, are viewing the move as malicious, and Cansino indicated that they will do their best to resolve the matter by dissolving the newly-registered association with the help of their legal advisors.

The BSCFA CoM chairman also noted that members of the different BSCFA branches have indicated that they want to know exactly who is behind the registration in order to bring some form of lawsuit against them if necessary.

Of note is that Orange Walk Branch chairman, Alfredo Ortega, has also been pinpointed as one of the key conspirators; however, the exact motive for what was done is still unclear even to the BSCFA officials.

“During the discussion today, we clearly understood that Mr. Ortega was one of the members who were together with them persuading them to sign this paper, and we don’t know who else is behind this, but we will be dealing with it – let’s say in a way that we will try to do it the best way not to hurt anybody even though the organization has already been hurt by this act, but we will be getting in contact with these persons to know what will be their decision by tomorrow after we send them the letter”, Cansino affirmed, as he added that they will also be meeting with the other members of the association who signed the new registration to ask them whether they also wish to resign or change the name of the association they registered.

Ortega was present at the meeting today; however, he declined an interview, saying that Cansino would explain the situation.

An emergency meeting has been called for Sunday, February 22, to present the matter for discussion to the BSCFA general membership so that they can decide what their next move will be.