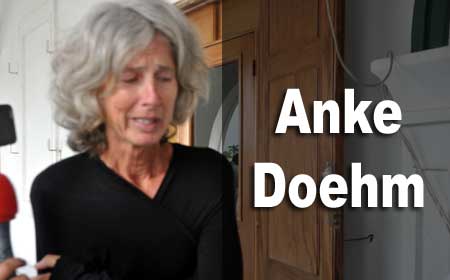 BELIZE CITY, Fri. July 21, 2017–American couple, David and Anke Doehm, who were remanded to the Belize Central Prison after they were arraigned on the charge of cruelty to a child in the Belize City Magistrate’s Court last Thursday, appeared in the Supreme Court this morning along with their attorneys, Ellis Arnold S.C., and Dickie Bradley.

The couple’s appearance in court sparked a protest by a small, spirited group from San Pedro who were across the street, in Battlefield Park. They railed against the idea that the couple was before the court seeking to be released on bail.

Notwithstanding their protest, however, Supreme Court Justice, Dennis Hanomansingh, heard submissions from the two attorneys representing the Doehms and Crown counsel Jackie Willoughby, who had argued in opposition to the court granting bail on the sole ground that the two are flight risks. Justice Hanomansingh then ruled to release David and Anke Doehm on $10,000 bail and one surety each in the same amount.

In the argument opposing the granting of bail, Crown counsel Willoughby explained to the court that both petitioners, David and Anke, are US citizens. The family circumstances of the two petitioners, both of whom have permanent residency status in Belize, have changed, Willoughby told the court. Their remaining adopted children are now in the custody of Human Services and an exclusion order has been served on the Doehms. 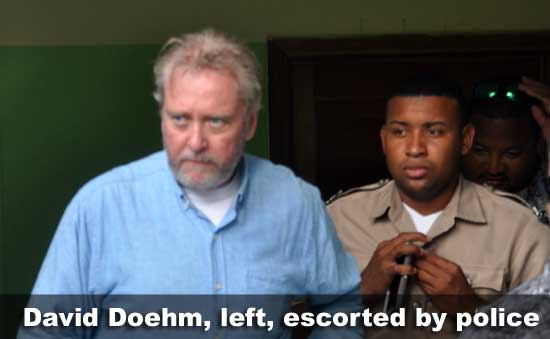 Willoughby further argued that the Doehms have no means of supporting themselves in Belize. She said that the business they owned is closed and the petitioner, David, is no longer employed by Tropic Air. She produced a tersely worded termination letter from Tropic Air to prove this.

Willoughby urged Justice Hanomansingh to refuse bail, because “they would have no reason to stay in Belize to face the charge.”

Bradley, who represented David Doehm, told the court that his client has been the subject of an investigation and that he has been in police custody since July 5.

“Bail is not a weapon to be used to punish people,” Bradley told Justice Hanomansingh.

Bradley went on to describe the Tropic Air dismissal letter that Willoughby brought to court as “an unlawful dismissal letter from a panicky employer,” in light of the fierce opposition of some San Pedro residents in the wake of the death of Fay Lin Cannon, the 13-year-old girl who was in the care of the Doehms and for whom they are facing the charge of cruelty toward a child. 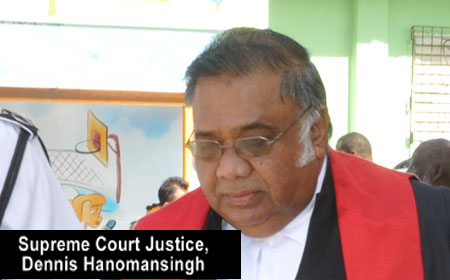 The residents do not want the Doehms to return to the island, and when Anke returned to San Pedro after she was freed on bail, they voiced their strong opposition to her returning to live on the island.

Anke, it is reported, went home for some things and then left the island, for an unknown destination.

“The passports would be handed over to the US Embassy,” Justice Hanomansingh said. “We used to take the passports until we learned a lesson [that the passports are the property of the US Government and cannot be held by a Belize court],” the judge said.

Justice Hanomansingh’s bail condition stipulates that the petitioners are to surrender their passports to the US Embassy and the embassy is to be served with a copy of the bail order.

David and Anke Doehm were ordered to attend all adjournments of their case at the Magistrate’s Court, in Belize City, instead of San Pedro, where the matter was scheduled to be heard.

If they are convicted of the charge against them, they would be facing up to 10 years in prison.

The last non-national to whom Justice Dennis Hanomansingh granted bail was David Nanes Schnitzer. Schnitzer was released on a bail of $10,000 on November 20, 2015.

Upon being granted bail, Schnitzer immediately fled the jurisdiction, giving Belize a black eye regionally, because he was wanted by Mexico for alleged financial crimes.

In 2014, Mexican national Zurisaday Villasenor Mendez, 22, who was facing firearms and drug charges in the Corozal Magistrate’s Court, secured a $75,000 cash bail from the Supreme Court under Justice John “Troadio” Gonzalez on February 10, and quickly disappeared from Belize’s jurisdiction, never to be heard from again.