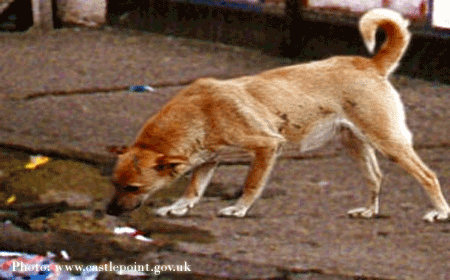 BELIZE CITY, Thurs. Apr. 28. 2016–There exists a growing public perception that the Belize City Council is failing to establish proper pest control mechanisms that would see a reduction in stray dogs, rodents and even mosquito breeding grounds.

From time to time, it is necessary to control the population of stray dogs because they breed prolifically and pose a real danger to pedestrians, apart from their destructive habit of overturning garbage cans and strewing their contents on the streets and in the drains.

When female dogs are “in heat”, the male dog population goes almost berserk, and the noise made because of their fighting is a terrible nuisance, keeping many a citizen awake until the wee hours of the morning.

The dogs are normally eliminated by being fed beef laced with strychnine, a highly toxic and colorless poison. This process has been referred to as “The Last Supper” by employees at the Sanitation Department of the Belize City Council, but it is viewed by most individuals as extremely inhumane, because of the terrible suffering the dogs experience before they die.

At one point in our country’s history, stray dogs were detained before eradication in a building, at the well-known Pound Yard on Cemetery Road. Dog owners were given up to three days to recover their pets from the Pound Yard after paying a small fine.

In order to have a dog, one had to first acquire a license for $5.

These practices done in the past are prescribed by The Dogs Act, Chapter 153 of the Laws of Belize. However, they are not being enforced today.

Dr. Alain Gonzalez, City Councilor with the portfolio for public health, who spoke with Amandala today, told us, “we try to do our best to control the situation and the only way we can really control the dog population is by poisoning them.”

He further conceded that, “It is a bit inhumane, but in order to do something more humane, we would need a [dog] pound.”

He further remarked that, “it would cost an estimated $60,000 to build a dog pound. However, that is not in the council’s budget right now.”

For a council that has spent millions on infrastructural projects, however, $60,000 may not sound like much.

According to Mrs. Annett Garel of the Belize Humane Society, they oppose the inhumane way in which the council eradicates stray dogs.

However, she conceded that on a monthly basis the Belize Humane Society euthanizes 5-10 dogs by way of injection. She said that euthanasia is a last resort, especially in cases where an animal’s health has significantly deteriorated and is beyond recovery.

On a monthly basis her humane society has been able to save 30 stray animals, including dogs and cats. These animals are adopted by capable owners following an intensive assessment.

The Belize Humane Society at this time is focused on raising funds to build a shelter that would enable them to save more animals.

A dog, they say, is man’s best friend, but when your “best friends” keep you up for the better part of the night and you have to go to work the next morning, something has to be done.