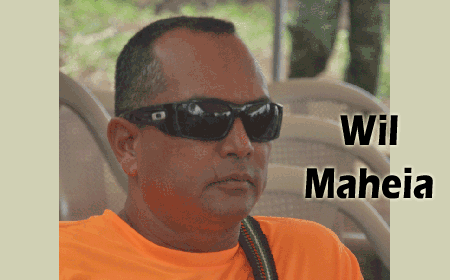 BELIZE CITY, Mon. Apr. 25, 2016–The Prime Minister of Belize, Rt. Hon. Dean O. Barrow, returned to the country yesterday, Sunday, claiming that in a meeting he had in New York with Guatemalan President Jimmy Morales, there was an agreement on the part of Morales to de-escalate the tension between the two countries after Guatemala announced last Thursday that it has recalled its ambassador to Belize for consultation and that it would increase its military presence on the borders with Belize for “a strict protection exercise over the sovereignty of the Sarstoon River and the entire adjacency line.”

Today at a press conference at the Best Western Biltmore Plaza Hotel, PM Barrow implored the Belize Territorial Volunteers (BTV) not to go on its planned trip this coming weekend to the Sarstoon River to commemorate the signing of the 1859 Treaty between Great Britain and the Republic of Guatemala, which sets out the boundary of the then British Honduras (now Belize).

Amandala asked the founder of the BTV, Wil Maheia, for his take on the Prime Minister’s admonition not to go on their planned trip to the Sarstoon River.

Maheia told Amandala, “We are going to stand firm. As of now, our trip is on. We are a peaceful people. We have not caused harm to anyone. We are going to commemorate a very important historical event.”

Maheia said the Guatemalans are keeping them out of the Sarstoon. “How can you claim something and you can’t go to it? We need to get back the Sarstoon, plain and simple,” he said.

Maheia added, “The Forward Operating Base is useless if they are not going to enforce the laws of Belize in our own territory.”

Amandala asked Maheia if there is any noticeable increase in Guatemala’s military presence on the Sarstoon River, and he told us that he was there yesterday, Sunday, and had not observed any increase on the part of the Guatemalan military.

In speaking about the Guatemalans, Barrow went on to say, “They continue to be exercised by what they see as the provocation caused by the Belize Territorial Volunteers.”

“Now I am on record as saying that I perfectly understand that the volunteers act out of a sense of patriotism, and who can quarrel with that. But I am telling you, those actions, however well-intentioned, are utterly, in my view, and terribly misguided. Heretofore, that was just a matter for debate and for difference of opinion.

“ In the current circumstances, where we just went through an absolutely harrowing weekend, the entire country, all of us sitting at this table, where we have come through unscathed, and where our diplomacy and the face-to-face meeting with Guatemala have produced this resolve to de-escalate tensions and to find a way rooted in peace and mutual respect forward … in those circumstances, for these people to maintain that they would still go to the Sarstoon on Saturday, would, in my view, be absolutely and utterly unacceptable. We now have a Forward Operation Base at the mouth of the river.”

Fearing a scenario in which the Belize Defence Force personnel could be forced to react to any act of aggression by the Guatemalans against the volunteers, Barrow further cautioned, “If they go and the Guatemalans, as the Guatemalans will, seek to intercept them, our people who are there, who have to react, hopefully, in a way that would not cause the situation to get out of control, but that could potentially produce that occurrence, the Territorial Volunteers would not have put their own lives at risk, but the lives of the Belizean security personnel.”

“I am saying that there is a commitment on the part of the Guatemalans, bolstered by the expressions of interest, hope and optimism from the international community, to work something out. I am appealing to the Territorial Volunteers, give peace a chance. Allow us to work this thing out, to come up with a protocol which would allow for the proper circumstances and the proper safeguards to go to the Sarstoon, but for now, in this climate, and when we are trying to work through this matter with the Guatemalans, they ought not to go,” Barrow continued.

Barrow added that the government will have the BTV meet with reps from the Ministry of Foreign Affairs and the security forces.

“I hope that public opinion will speak out on this matter and say to them, ‘you are advised not to go in the interest of all Belize’. The timeline for working out the Sarstoon Protocol is not simply elastic; we expect to conclude those discussions in the shortest possible frame. Territorial Volunteers, we are asking you to stay away from the Sarstoon,” Barrow emphasized.