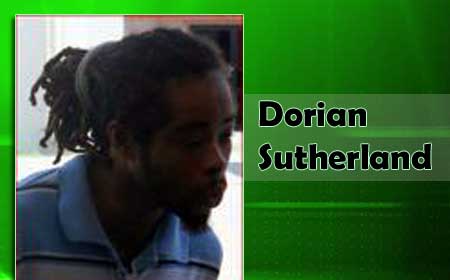 According to eyewitness accounts, the car washer, Dorian “Sonny” Sutherland, who reportedly was in his mid-twenties, was on Lacroix Boulevard with some associates when an argument ensued with the taxi driver. Sutherland was reportedly heard telling the taxi driver that he had “violated him”, and so he would “deal with him.”

According to reports, the taxi driver then entered his black car and left the area. Minutes later, however, he returned.

Information to Amandala is that he exited the vehicle with a pistol, headed over to Sutherland, who was standing on the side of the street, and pointed it in his face and pulled the trigger. However, the gun jammed.

Sutherland, we were told, did not run.

The taxi driver, a man in his early twenties, then re-entered his car and apparently cleared his pistol. He then went back to Sutherland and took aim again at his face and pulled the trigger. This time, the gun fired, and Sutherland was shot in the face, but we could not find out exactly where.

According to many witnesses, the taxi driver then got into his vehicle and drove away.

After he was shot, Sutherland ran to a neighbor’s house, but he was denied entry. He collapsed shortly after, on the neighbor’s staircase, apparently dead. He was rushed to the Karl Heusner Memorial Hospital (KHMH), but was certified dead by medical officials on duty.

Information to Amandala is that police have since detained the taxi driver, and are seeking the ten or so persons who witnessed the murder.

Sutherland, who had made a living for the past year washing vehicles, leaves behind two children. Information to Amandala is that he had just been released from police custody less than an hour before being murdered, but we cannot, at this time, say why he had been held by police.

Police have not responded to Amandala’s call for further details.