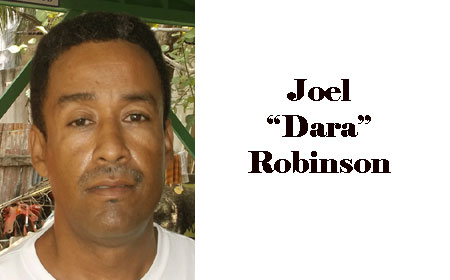 BELIZE CITY, Fri. Aug. 5, 2016–Joel “Dara” Robinson, who has been running a feeding program for primary school children for nearly a decade, has had to postpone his Sunday fundraiser due to the impact of Hurricane Earl. Dara’s second feeding program fundraiser, the 9th Annual Tribute to Lucky Dube, a renowned South African reggae artist, has had to be postponed because Hurricane Earl crumbled the venue, located on Bird’s Isle. Dara has not yet announced a new time and date for the event.

On Sunday, July 31, Dara held the 5th Annual Rider for Hunger, a 41-mile leisure ride trekking from in front of Smart on the Philip Goldson Highway to Ladyville, the Burrell Boom Road, Hattieville and then back to the City, making a complete turn back to Smart’s main office.

Robinson expressed his thanks, first to the Almighty, and secondly to the over 300 people—citizens and business community—who supported the ride. He said that he is thankful that the ride was well attended.

Dara reports that he raised roughly $5,000 towards the feeding program, and after clearing expenses, he will be left with about $3,500.

He also expresses his gratitude to the police officers, the Belize Emergency Response Team, ambulance and others who provided support to the participants.

Before Earl struck, Dara had indicated to us that he may have to reconsider having the second fundraiser on Sunday, depending on the hurricane’s impact on his supporters.