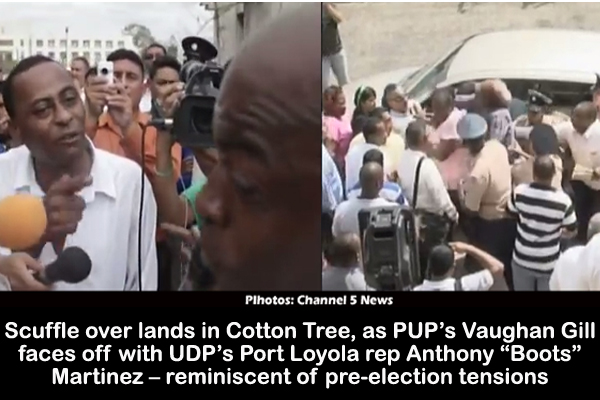 The Barrow administration—elected in 2012 on a five-year term—has been under fire over allegations of corruption in the issuance of Belizean passport(s) and nationality, and while the slim 17-14 majority of the United Democratic Party remains intact, Barrow has said that if anything could bring down his government, it would be ‘hustling’ in immigration.

Even as the passport scandal in which Elvin Penner, a UDP parliamentarian, was fingered, remains at the center of controversy with criminal investigations now underway, Barrow boasted confidently on Friday that his administration will remain in office for at least the next three years. He went on to say that the UDP will win every seat in the next municipal elections, due next year, 2015.

In response to talk of early general elections, Barrow said, “the only election we will have anytime soon, the Municipal Election one year from now, the UDP intends to triumphantly enshrine this march of progress, this march of history. I promise you, Mr. Speaker, we will win every single seat in every single City and every single Town.”

He said that the mandate of the UDP administration is five years in Central Government, and they will stay in office for the remaining three years of the term.

“We have every intention and what’s more, every proven ability to fully discharge that mandate. And discharge it we will, because that majority that I speak of is not just the majority in the House, it is the majority in the country, made up of all those that have benefitted and are benefitting from UDP social justice; from UDP nationalism; from UDP jobs; and from UDP opportunities for the poor. Thus, continued UDP governance for at least three more years is about much more than just a legal and Constitutional mandate,” Barrow commented.

The general elections are due by 2017.