BELIZE CITY, Thurs. Sept. 29, 2016–In a Week 6 back-match last night at the MCC Grounds, FC Belize posted a 4-2 win over visiting Orange Walk FC. With the victory, FC Belize maintained their unbeaten record, while the fast improving Orange Walk squad remains winless. Hector Martinez opened the scoring for FC Belize at the 19th minute. Following a corner kick, a deflection off the leg of FC Belize sweeper Jordi Lopez resulted in the equalizer for Orange Walk at the 45th minute; but before the whistle to mark half-time, FC Belize’s Russell Cassanova trailed a long center from the right side and used the inside of his right foot to volley it past Bryan Hernandez in goal for Orange Walk, to give FC Belize the 2-1 lead at the intermission. Michael Whittaker (48’) tied it up for Orange Walk early in second half, but Cassanova struck twice more (57’ & 73’) for a hat trick. FC Belize held on for the 4-2 victory, but lost both striker Hector Martinez and sweeper Jordi Lopez to red cards; while Orange Walk’s Michael Whittaker was also red-carded.

With the win, FC Belize is once again tied in points with standings leader Belmopan Bandits. But FC Belize must face their next opponent, BDF FC, without two key players red-carded in last night’s game. 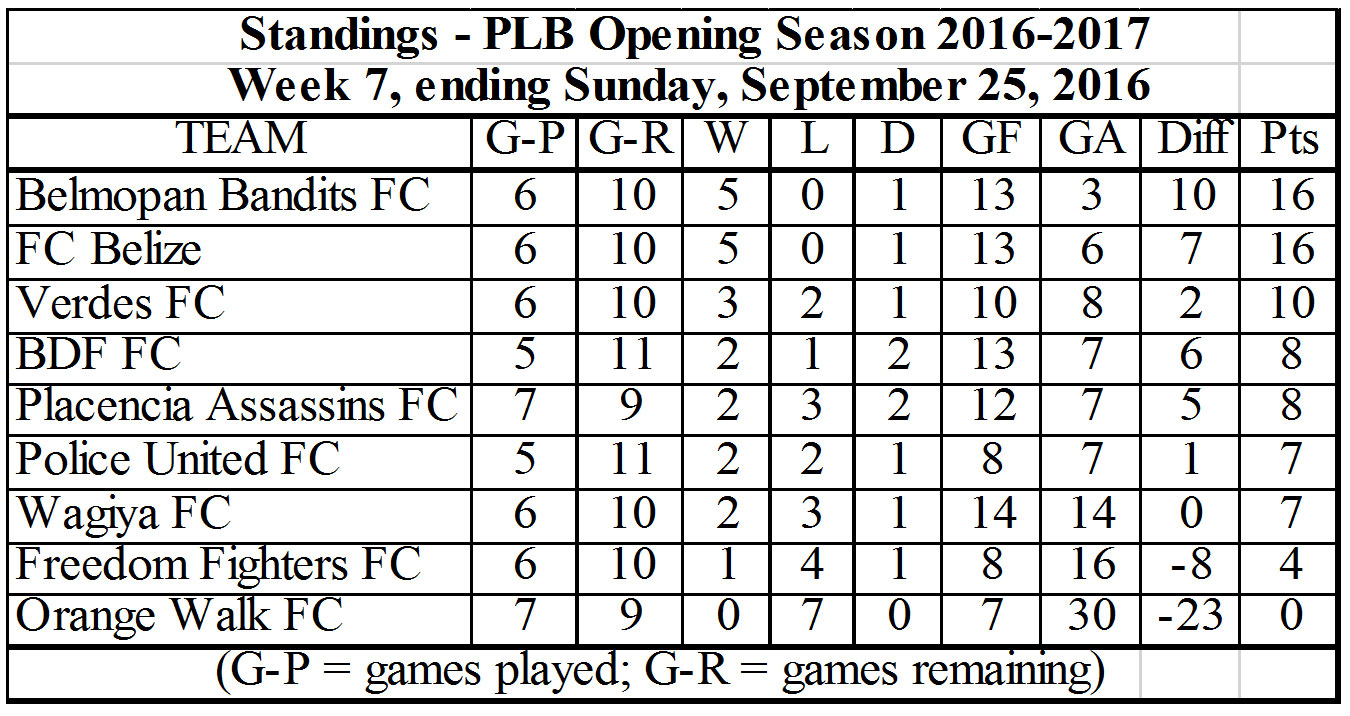