Home Headline Not a fetus, but “products of conception” - KHMH
Headline

Not a fetus, but “products of conception” – KHMH 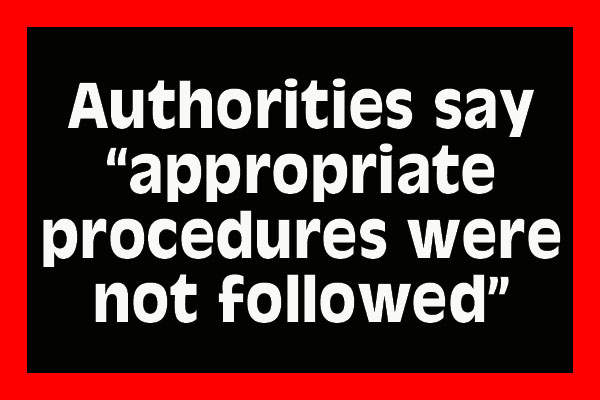 After news broke last Friday, May 29, of the ghastly discovery of an abandoned, decaying fetus which was stashed under a bed at the Karl Heusner Memorial Hospital (KHMH), the hospital’s authorities, in an attempt at damage control, initially refused to answer questions from the media.

When questioned on Monday, June 2, KHMH authorities would only say that the matter was in the hands of the police.

Yesterday evening, however, the KHMH finally broke its silence and stated that it was extending its “sincerest apologies” to those patients and members of the general public who have been negatively impacted by the recent discovery of what they termed as not a fetus, but rather “products of conception” in their Accident and Emergency Department.

While that classification may seem very indistinct, we found out that it is actually a medical term for the product of a miscarriage in a pregnancy that was not viable – more specifically, not “the human fetus, placenta and other such products of conception which occur with a miscarriage or therapeutic abortion.”

According to the release, “an active investigation was immediately launched, which was extended to include the Police Department in accordance with the law”, and reliable sources have informed us that the KHMH administration has handed over to police a list of persons who passed through the ward at the time of the incident whom they can interview, in an effort to hopefully find a connection to the “products of conception” and get to the bottom of the situation.

The hospital, however, later noted that the patient who had the apparent miscarriage was “managed appropriately and discharged.”

The fetus was reportedly found around 8:00 p.m. last Friday after another patient, who we understand is from the Orange Walk District, told nurses of a putrid smell coming from under her bed inside the Observation Room, after which checks were made and the decomposed fetus was discovered under the bed, hidden in a white box.

Although the hospital did not state exactly how or why it was that a fetus remained under the bed for so long that it began to decompose, since those areas should be cleaned on a regular basis, their release declared that “our internal investigation revealed a clear link between a patient encounter and the product of conception, and sadly established that appropriate procedures were not followed.”

What that basically means is that a patient who was experiencing a miscarriage went in to the institution, and the discharged fetus should have been discarded, but apparently, the person/s who were responsible for that aspect of the process abdicated their duties, and just hid it under the bed.

Notably, the KHMH did not enunciate what those “appropriate procedures” were that were not adhered to, and how the decomposing fetus came to be abandoned in the hospital.

The beleaguered hospital’s short release concluded by simply saying that they are “committed to addressing the weaknesses identified in this incident” and that “the appropriate disciplinary measures will be carried out in accordance with the hospital’s disciplinary procedure” – statements that the public have become used to whenever the hospital, hit by controversy, is under public scrutiny.

The length of time that the hospital’s internal investigation would take, as well as the type of disciplinary measures and/or criminal charges to be levied against those who are culpable, are still undefined.