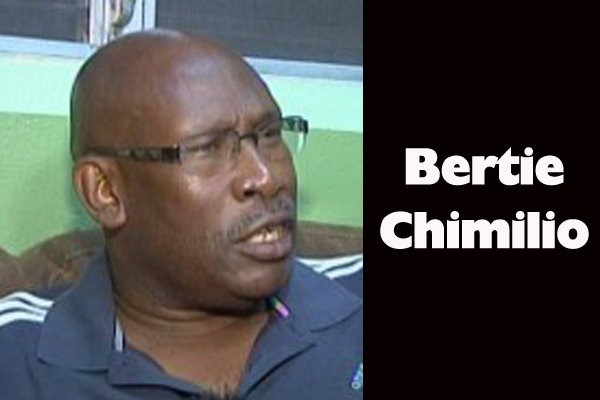 Income Tax says that Chimilio owes over $30,000 from his tenure as FFB president

The former president of the Football Federation of Belize (FFB), Bertie Chimilio, 55, was summoned to court today for proceedings initiated by the Income Tax Department, which has gone after him for taxes, over $30,000, that he allegedly owes from his tenure as FFB president.

Chimilio appeared before Magistrate Leslie Hamilton, where he was informed that the Income Tax Department is seeking its share of revenue from him for income he earned while he was the president of FFB.

Chimilio, who was unrepresented in court, told the magistrate that he received a letter from the department in May of last year, asking him to come in to their offices to discuss his “tax situation”. He said he went in and spoke with a woman named Ann Castillo, who scribbled notes on a piece of paper as he explained his situation to her.

According to Chimilio, after that very lengthy conversation, Castillo explained to him that they would be seeking their share of the revenues and that they filled out some forms, which Castillo told him she would forward to her superiors, then she would get in contact with him to let him know how they would proceed.

However, he never heard back from Ms. Castillo or the department until February of this year when he received a “demand payment note” from them. He said he then went back to the department and spoke with a Mr. Castillo this time, who advised him to send in a letter to the commissioner explaining his situation.

Chimilio said he did so and sent in the letter on March 12, 2013, but again he received no response from them. He said he paid many visits to the department, and although he spoke with two of its commissioners, a Mr. Sylvester and a Mrs. Lizbeth Castillo, when they finally responded to him, it was to say that they didn’t have his letter on their files and that the matter was already before the court.

A copy of Chimilio’s letter that he allegedly sent in to the department was shown to the court. The department’s prosecutor, Gilroy Moore, also presented a letter, which, according to him, was what Ann Castillo tendered to him based on an interview that she had with Chimilio on June 15, 2012.

At this juncture, the magistrate decided to adjourn the matter until tomorrow after summoning Ann Castillo to the court to give testimony on her interview with Chimilio.

Chimilio, who is a certified veterinarian, was president of the FFB from 1998 to 2012, when he was voted out in an election that was held after FIFA had revised the FFB statutes, and supervised the election that allowed district delegates to vote by secret ballots.