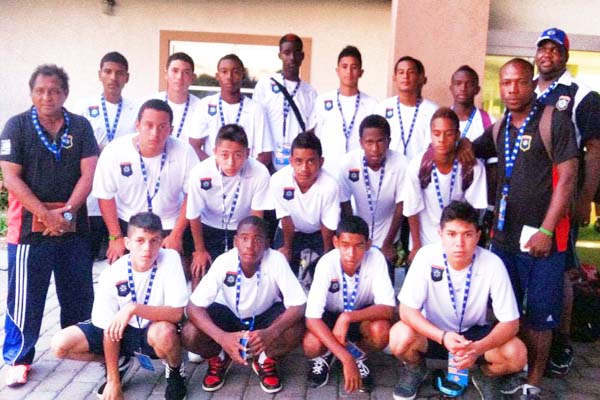 The Football Federation of Belize (FFB) is proud to announce that Team Belize won its first U-15 game in the CONCACAF Cayman Islands 2013 Under-15 Championship.

Alvin Sifontes scored the only goal at minute 21 in the second half. These games are being played 35 minutes per half.

The Belize fans present were giving tremendous support to the Team and were overjoyed with the victory.

Dominican Republic has withdrawn from the competition and was in our group. Team Belize will be resting on Thursday, and their next game will be on Friday vs Jamaica at 6:00 p.m.

(Ed. Note: Belize’s 1-0 win over St. Lucia on Tuesday is historic, as this is the inaugural CONCACAF U-15 tournament, and for a change, we are starting “on the good foot.” Belize plays Jamaica on Friday, Guatemala on Sunday, and Grenada on Tuesday of next week. The winner of the group goes on to the semifinals on Friday, August 23. The finals are Sunday, August 25. Gwaan up, Baby Jaguars!!)