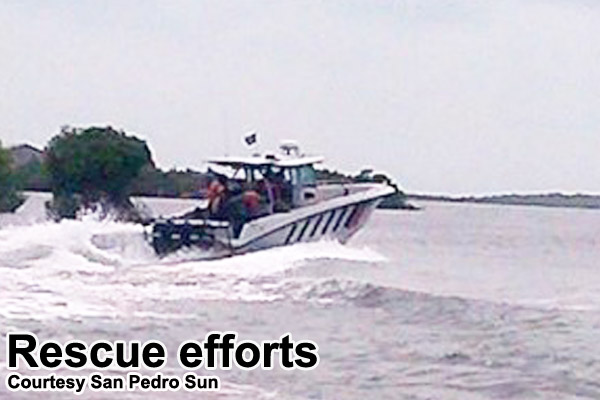 A search and rescue operation is presently being conducted by the Coast Guard and fishermen from Sarteneja Village to find a fisherman, Edwardo Dominguez, from Sarteneja, who is missing at sea after a 23-foot sailboat he and his friend were travelling in capsized at about 10:00 yesterday morning while the men were heading from Sarteneja to Bacalar Chico Marine Reserve, located on northern Ambergris Caye.

The Belize National Coast Guard responded to a missing at sea call after they received a message from the Sarteneja policemen that one of the local fishermen was missing.

Lieutenant Commander Gregory Soberanis of the Belize Coast Guard said that so far they have located the capsized boat, but there was no sign of Dominguez. He said that the Coast Guard are looking at the tide and current patterns since Sunday when they began the search.

They have plotted the coordinates of the last known position in conjunction with the flow of the currents and tide patterns. Soberanis said that they will proceed with the search and Dominguez will be found if he is in the water.

Soberanis also said that the coordinates will give them an indication of the direction in which Dominguez may be drifting, and they can concentrate their effort on that area.

So far, the efforts of family members and fishermen in the village, as well as friends and family members from San Pedro Town, have been unsuccessful. As of press time, Dominguez has still not been found.