Home Features Food safety alert – are you buying from a certified source?
Features

Food safety alert – are you buying from a certified source? 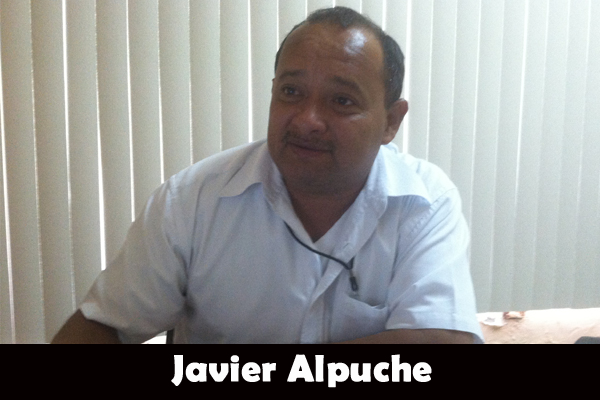 The Public Health Bureau trained and issued food handler’s permits to 2,016 persons in the Belize District, the country’s most populous district, in 2013 – an increase of 22% over the previous year, 2012; still, they believe that there are several food vendors who have not bothered to obtain the required certification before venturing into the food market.

The ID card shown with the article is really a permit which food handlers obtain from the Ministry of Health, via the Bureau’s Environmental Health Unit, after going through a screening process (to determine if the applicant has diarrhea or boils in the skin, or if the applicant had visited a country where a disease of concern is prevalent) and 2 to 3 hours of training covering international food safety standards.

All applicants who pay their $20 fee must then sit an exam with 20 questions (multiple choice and true and false) and if they pass with at least a 70% grade, they are issued the permit.

The permit lasts a year, and Javier Alpuche, the head of the Bureau’s Belize City office, told Amandala that food handlers should wear the ID tags so that the buying public will know that they have received the requisite training and certification—which must be renewed every year, following another cycle of screening and then the requisite training by the Environmental Health Unit.

Previously, blood and stool tests were required every 90 days for food handlers, but Alpuche said the revision was made because those tests are not foolproof and they believe it is better for food handlers to learn the proper food handling practices, as well as proper hygiene, which would more effectively reduce the transmission of foodborne illnesses.

Business establishments are also required to obtain certification. Alpuche explained that by law, any place where food is prepared for public consumption is deemed an “establishment” – even if that is someone’s home kitchen. Grocery stores which sell produce retailed by the pound, such as cheese and rice, are also required to ensure that those workers handling those items have a food handler’s permit. The store must also get certified.

Alpuche noted that just this week they had to shut down a Chinese grocery store which is located in a yard in which there is a profusion of junk and overgrown bush. The end result was a rat infestation, which Alpuche said is a common problem at many Chinese stores – and a public health concern.

Recently, the Public Health Bureau also had to close down a restaurant on Cemetery Road, because although the dining conditions seemed immaculate, the kitchen was a mess. The Public Health Bureau shut the establishment down and mandated the operators to renovate the kitchen to meet proper standards. It would have to meet certification standards before being allowed to reopen.

The safety of bottled water is also a big concern. Alpuche said that with the proliferation of purified water outlets, the Government is in the process of drafting new legislation to regulate the sector to address public health concerns. There have been times that what is supposed to be purified water is actually contaminated with fecal coliforms – germs from feces, perhaps due to handling after improper hand washing, and Alpuche notes that the very water bottle people take to be refilled may need sanitization before refills.

One way of killing germs in the bottle is simply to wash it out with very hot water, he said.