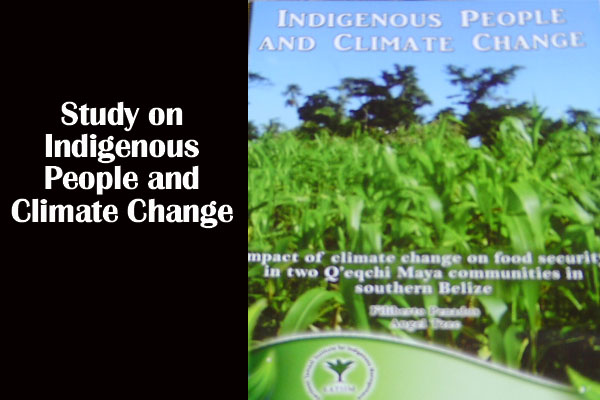 Food security, as defined by the Food and Agriculture Organization (FAO), exists “when all people at all times have physical or economic access to sufficient, safe and nutritious food to meet their dietary needs and food preferences for an active and healthy life” (FAO 1996).

A recent food security study that was conducted in two indigenous communities in southern Belize has found that many farmers were unable to produce enough corn to sustain their families last year. As many as two-thirds of the farmers in one community were therefore forced to buy corn. As a result, there has been a slight reduction reported in the frequencies and quantities of corn consumed due to less availability and accessibility.

The study, titled the “Impact of Climate Change on Food Security in two Q’eqchi Maya communities in southern Belize” focuses specifically on two particular indigenous communities in what is known as the Moho Region in the Toledo District. It was conducted earlier this year by Dr. Filiberto Penados and Mr. Angel Tec with funding from Many Strong Voices and NORAD. The two communities selected for the field study were Midway and Crique Sarco.

According to the researchers, while in the past, the indigenous food system consisted of traditional foods only, today it can be viewed by what they call a three-legged table consisting of farmed foods, market foods and forest or wild (cultivated) foods. They noted that while Mayan communities still rely mostly on subsistence farming and forest food, the market is increasingly playing a significant role in food production. In that respect, the communities are facing considerable challenges in producing adequate amounts of food. The researchers have also found a reduction in the size of the fields and the diversity of crops and yields.

The analysis concluded that the traditional food system of the Mayas is changing, not only due to climate change, but also due to other factors that threaten to make their communities more vulnerable to food insecurity. The study was presented in the form of a book titled Indigenous People and Climate Change to six indigenous communities down south on Monday of last week.