Galento X Neal, a founding member and officer of UBAD, dies at 76 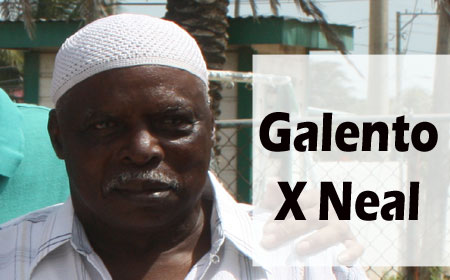 BELIZE CITY, Thurs. Feb. 5, 2015–Kremandala mourns the passing of our stalwart brother and soldier of the UBAD revolution, Galento X Neal, who passed away yesterday, Wednesday, while receiving treatment at the Karl Heusner Memorial Hospital.

Galento, as he was known to the many people whose lives he touched with his kindness and humility, died from a heart condition, one of his sons, Ras Buck, told Amandala this evening.

For the next few years, the UBAD phenomenon dominated the cultural life of Belize City, the capital of the then British Honduras. The educational focus of UBAD was black consciousness in a country where racism was subtle.

Galento served as vice president of UBAD and president briefly, during the troubled times when the colonial authorities made moves to smash the young organization, before he migrated from Belize around 1972 and took up residence in the United States.

From his humble beginnings in “Harlem Square,” at the corner of Church and West Streets, in Belize City, Galento, who was a tailor, steam press operator and motorcycle mechanic, started his own business in Harlem, New York, where he opened a successful auto parts store before he returned and resettled in Belize.