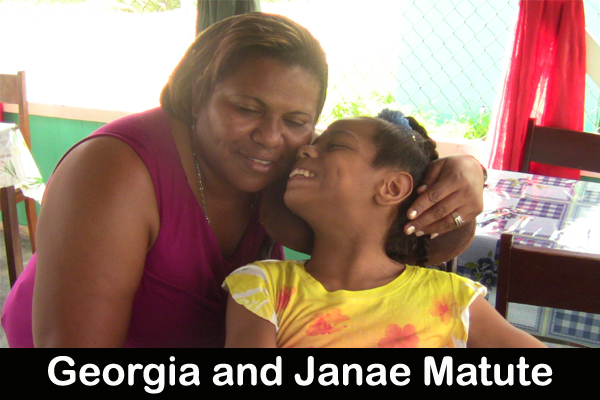 At a hearing held by the Caribbean Court of Justice (CCJ) earlier this week, the standards of care that medical practitioners ought to uphold when attending to a woman giving birth—especially women undergoing cesarean section (C-section) procedures and those having a higher risk of complications—was an important point discussed.

What exactly are those standards of care? Who ensures that medical practitioners adhere to them? What recourse do patients have when they are dissatisfied with the care provided to them?

Thirteen years ago, Georgia Matute of Roaring Creek underwent a C-section at the Western Regional Hospital. She gave birth to her daughter Janae, who is now a student of Belmopan Comprehensive School. Matute said that she had to leave her government job to focus on giving Janae the best possible chance in life.

“It has really been a challenge, but I would rather do this than to have stayed and pushed forward my career”, she told Amandala.

Dissatisfied with the outcome of her pregnancy and frustrated with the manner in which the Government responded to her case, she sued in the Supreme Court. She was represented by Senior Counsel Eamon Courtenay, but when he became a government minister, he had to give up the case. Senior Counsel Fred Lumor then took over and continues to represent her today.

Matute’s win in the Supreme Court was appealed at the Court of Appeal and then taken to the Caribbean Court of Justice – which has reserved its decision on the matter.

Matute recounted to us on Friday that she had a normal pregnancy, and she was told by her gynecologist, Dr. Raju Meenavalli, that she needed to undergo a C-section because the baby could go into distress. It was right after she awoke from the surgery that she was informed that her baby, Janae, who had been delivered prematurely, had suffered breathing problems at birth and consequently today she has cerebral palsy – a medical condition that has impaired her ability to walk, talk and take care of herself.

During the CCJ hearing, the panel of judges raised questions over why Matute was not given steroids. It was also established that when Janae was born, no pediatrician was in the room and one was not called until 5 to 7 minutes later, after an attempt to resuscitate her.

Matute, who lost her first child under questionable circumstances, said that it is apparently a practice in certain facilities for babies to be delivered without a pediatrician being present.

“Mothers need to really ensure that all these persons are in place, because I was – I mean at that time I really didn’t think about that part. I felt safe knowing that this gynecologist was there and he was taking care of the situation….” said Matute.

“Now that I have learnt, I would encourage anybody whenever you’re going to have a child, ensure that a pediatrician is on-site,” she recommended.

It’s been a decade of legal battles to get the case resolved. Matute said that what has been most disappointing is the fact that the court case has dragged on for so long. She told us that had resolution come more quickly, Janae would have gotten treatment and therapy to help her cope better and she would have had the necessary equipment to make it easier for her. Currently, Janae is badly in need of a proper wheelchair. The one she has is several years old and defective.

Matute also said that she would like to see the Ministry of Education put in place a proper package to accommodate children with special needs, rather than having them in the classroom struggling to keep up with other children. There is also a need for better infrastructure – not just in schools but also in public spaces – to accommodate Janae and others like her, she also mentioned.

“There is a lot of time that I cannot access certain buildings and so I would basically have to leave her outside. I have to have somebody else with me to be able to leave her outside and then I would go inside, but sometimes it’s so heart-wrenching that I would say, ‘You know, I’m not going in there!’ Cause if my child can’t go in, I don’t think I need to go in there. But then there are certain places that you have to go and pay a bill sometimes, and you have to go, you know, but if it’s a grocery store or like that I don’t think I need to go there, because I need my child to be able to have access to it,” Matute said.

She said that it should be mandated by law for schools and business places to provide proper access to people with special needs.

On Friday, a pastor visited Janae’s school to gather information for the construction of a bathroom that would provide better access to Janae. Matute said that they are in the process of soliciting funding to build it.

Meanwhile, Matute said that she is trusting the Almighty for a positive outcome in the case. “He said whatever he started He would be faithful to complete it,” Matute shared.